Work hard and you will achieve your goals

Hello there, my name is Dzevad. I come from a country that does not exist anymore – Yugoslavia and I speak the language that can be considered as politically incorrect – Serbo-Croatian. I was born in Peć, which is situated in Kosovo now, earlier it was Serbia.

I came to Germany in 1993. Guess why? Exactly, the war. It was a terrible situation in the 90ies there, now I can hardly imagine such a war in Europe, but at that time it was a real war, just like in movies with blood, bullets and dead corpses everywhere. Horrible!!!

How old were you when you came to Germany?

I was 18 years old and I made up my mind to flee somewhere and begin a new life. Actually I did not plan to stay here for so long. Germany was kind of a stopover for me, I wanted  to head to Denmark at first, but stayed here for good.

Sure! My brother and I created a construction company called BSC (Beton Steel Čalaković), which specializes on bridge building and reparation. We are rather successful and really well-known in the German market. Our clients are very satisfied with us because we are reliable and work very quickly, that is why we haven’t had any problems with contracts. I am very proud of myself! 😉 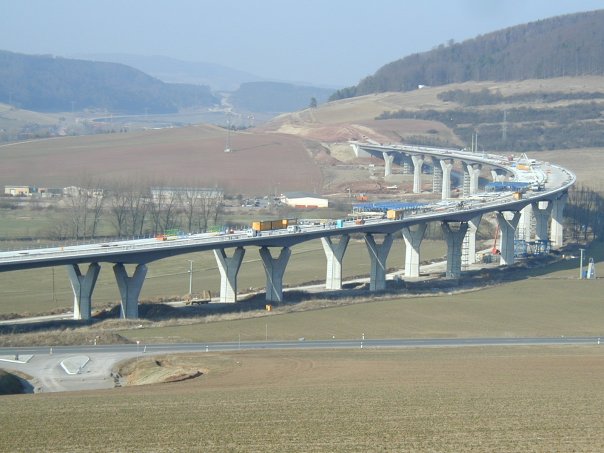 Oh.. It is the country of great opportunities. If you have a goal and you are are determined enough, you will achieve it sooner or later. I always wanted to be self-employed and to have my own business. Now, I have everything I wished for. Of course, Rome was not built in a day… But you will get what you deserve!  That’s why I like Germany more than countries in the Balkan Peninsula, where corruption is flourishing and only those that have power have lot of money, often earned unfairly.

What do you think about the German people ;-)?

I would not say that they are bad. In my opinion, nationality does not play any role, humanity is more important. There can be bad people anywhere in the world. Germans may be a bit more distant than people from the Balkans. What also strikes me here is that the more you succeed in life, the more tolerant you are to other people.

Have you ever experienced cases of discrimination?

Not really. You know, at work on my first day at the construction site everybody usually looks at you suspiciously, but already the next day, clients find me nice and kind. What I really am actually 😉

Dzevad, who do you identify yourself as German or Croatian or…?

I was born as Yugoslav and I will remain Yugoslav till the end of my life. As a matter of fact, I hate that today it is claimed that there are four official languages in former Yugoslavia: Serbian, Bosnian, Croatian and Montenegrin. Rubbish! There is only one language i.e. Serbo-Croatian and I do not care if in this case I am politically (un)correct.

What do you think about a multicultural society?

Definitely I am for it. I am multicoolty myself. I am from the Balkans, where so many nationalities live close to each other. One is not allowed to dislike other people just because they have a different confession or they are foreigners. During the war, Bosnia was struck worst than Serbia and Croatia, but nonetheless I have friends among Serbs and Croats. One should always be tolerant!