We can be local and global at the same time

There is lots of room there to be both cosmopolitan and hold on to your traditions and values. They don’t have to be in conflict as long as your environment is tolerant enough to do that. That’s the political challenge that Germany and other countries are facing right now.

We can be local and global at the same time

Few weeks ago Inga and I went to visit our former professor in intercultural communication James Chamberlain. He is currently the Head of the Language Center at the Bonn-Rhein-Sieg University of Applied Sciences. He is an American, who lives in Germany already since 1988. He is happily married to a German and, last but not least, is as fascinated by cross-cultural communication as we are. We used this opportunity to find out more about why migrants tend to face so many difficulties in a new culture and environment.

Do you feel yourself German after having lived here half of your life?

In many ways I do. I understand how things work here. I am comfortable with the language. I like the country and the people, but when people find out that you are American, then they start reacting to you as a foreigner rather than one of them. Interestingly, I never felt strongly American when I lived in the USA, only when I came and lived abroad that American culture was projected onto me. It is an interesting phenomenon that your nationality gets projected onto you. A similar experience happened to me in Kenya a few years ago where my daughter was working: I never felt white, you now, I am just a white guy from Minnesota, from Scandinavian-German immigrants. I never felt like a white person, but when I was in Kenya that was the first thing everybody noticed just because everyone else was black. It just gets projected onto you. People make all sorts of assumptions just because you are white. I suddenly realized that it felt like to be black in Germany or Minnesota. I felt it on my own body. You often don’t realize these things until someone projects it on you from the outside.

We all have heard about culture shock. What is it exactly and how one deals with it?

It is a very individual thing, but there are traits when you are in a foreign culture and you try to deal with it. Often it is depression, people can’t sleep, can’t eat, headaches, flu…very physical symptoms. There are certain circles that culture shock goes through. There is the honeymoon phase at the beginning where things are wonderful. Then things start eroding away and people start thinking either that there is something wrong with them or that the environment is out to get them. You start questioning your values and your self worth. This did not happen to me when I went abroad because I was with a group of other Americans and it helped me. I did not have any physical culture shock, but what’s funny when you go back, is the reverse culture shock. I think it is not sever physically, but you often start questioning things back at home. I remember going back to the United States and things were so enormous, the streets were so wide, the cars were so big, and the people wasted so much food and threw away stuff. I found it morally shocking, as well as physically shocking. You now have the experience to compare. You create or you have gained a critical point of view to your own country and your nationality that you would not have had before. And that sometimes makes it harder to reintegrate into your own culture. You are always the person who is complaining or who is pointing a finger. Other people do not necessary appreciate that.

Why is it so difficult to integrate into a foreign country?

Hard question. There are some individuals that are much more talented to integrate than others. I think personality and emotional relationship to the country play a very large part. I fell in love with a German woman in Germany, got to know her family, I was keen to learn new things, I wanted to fit in, so I had the willingness in the first place. However, even if you are willing, able and talented at adapting to the environment of a new country, there are things that are so deep within you that you can’t change. I have lived here more than half of my life and there are still things that bother me all the time because it sits so deeply in me. That’s because in those formative years, up to 10 or 12, you have learnt how to assimilate into your own culture and have successfully socialized into your own culture. The people that you admire or love have taught you what the right thing is. If they have not taught you explicitly, you have picked it up. 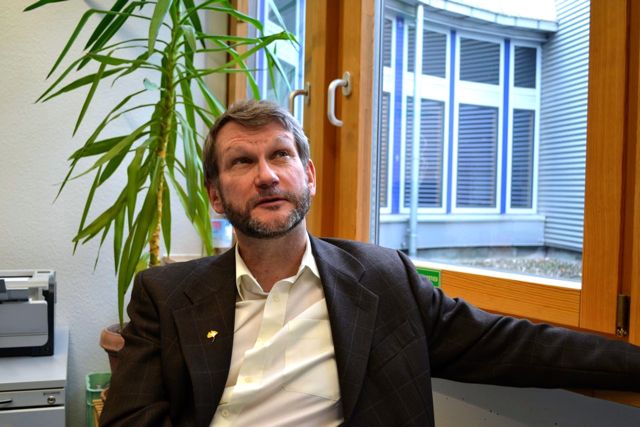 Could you give us an example?

Sure. For example, how close people stand to each other. Where I come from people keep the arm distance when they stop to talk to you on the street. You can hardly touch them because they stand out of reach. And those are the people you know. But here strangers will come right up really close to you. The eye contact as well, strangers will look right up into your eyes without saying anything. Now I know it is different here, I have lived here for so long, it does not shock me, but it always irritates me on a very fundamental level. I still have this feeling: this is not quite right. Why should people look at me so directly without smiling? If they have a nice smile on their face, then that’s OK, but the fact that strangers will look at you intently without a smile is very intrusive. It is almost aggressive. It makes you feel strange.

There are thousands of little things that are often outside of the range of perception and it is only through thinking or through clashes that they come to the surface. Either you analyze and deal with them or you seek these little communities of expats to be a part of the people that deeply understand you.

Would you agree that it is easier to integrate into American society rather than German?

Sure, you have these cultures, like Canada, USA or Australia, that are typically immigrant cultures. Britain is like that to a certain extent. And it is true for Germany in some ways too. Lots of people with Polish or Turkish last names came here long time ago. They were happy to come to Germany to find work and build families.

Why is immigration then such a hot topic in Germany?

It’s the fear that the globalization will make everyone the same. I must say, it is a real factor because we see how many languages and traditions are dying out, young people are not interested in keeping them up. We are getting an American style popular culture and everyone is wearing jeans and tennis shoes. The “swoosh” is everywhere. Global culture is what we are dealing with here. I am hoping that people will go into the other direction as well.  For example, the ideas of using the microwave or cheap products are slowly moving to the slow food, local products and real quality. I am hoping that it will go to the cultural level as well. People will like to keep up the traditions, doing things the old way and will understand that new is not always good or better. There is a possibility to keep both: the global and the local culture. These are only two extremes, but there are all these layers in between: local, regional, state, national, continental… There is lots of room there to be both cosmopolitan and hold on to your traditions and values. They don’t have to be in conflict as long as your environment is tolerant enough to do that. That’s the political challenge that Germany and other countries are facing right now. The main political task of our age is to create governments that are tolerant enough so that the people can reach a level of self-actualization and have the kind of life they want to. There is a big negotiation on how much you can let people have what they want without infringing another people’s sensibilities.

Do you mean that difference needs to be appreciated?

That even does not have to be a celebration of the difference; it is a simple matter of respect. John Steward Mill once said: “My liberty stops when I start infringing in someone else’s liberty.” I want to be as free as possible and the other person wants to be as free as possible. Together we have to negotiate where we start to rug against one another. We need to find the way to agree on how to live together, how to disagree… I do not think it is even necessary to value or to cherish someone else’s culture: on a very political level you have to think and say: “You do what you want as long as you don’t hurt me and I will do what I want without hurting you.”

To be continued next week…