We aren’t all that different 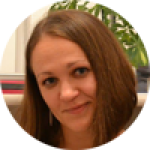 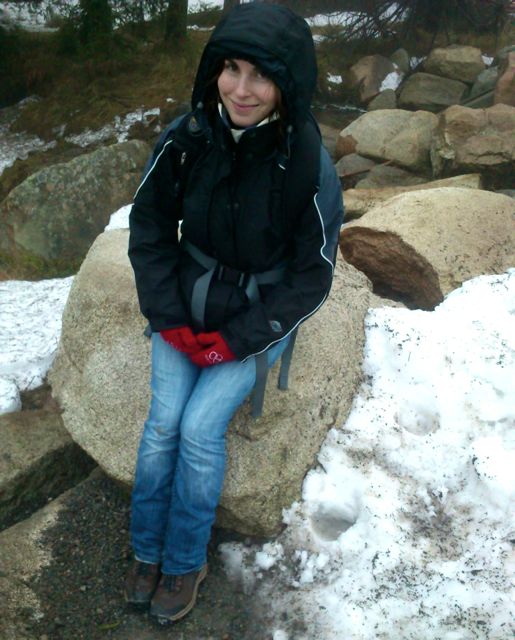 Canadians and Germans just aren’t all that different and I don’t feel that any differences are big enough to cause a memorable moment of embarrassment.

We aren’t all that different

Danielle Griffin is originally from Vancouver Island, Canada. She has a Bachelor’s degree in marketing and has also studied music and writing. She works as a freelance writer and spends most of her spare time singing, playing guitar, making clothes, blogging, cycling, and out and about in Berlin. She has been living in Berlin for more than eight years, and it feels like a second home to her.

What brought you to Germany Danielle?

I’m half German. My mom grew up in Canada, but was born in Germany. Because of that, I have dual Canadian-German citizenship. I was always curious about living abroad, and Germany seemed like an obvious choice.

What did you do to integrate into the German society?

When I first came here, I took German classes and tried to watch German television on a regular basis. I also made an effort to speak the language as much as I could, though this is harder than it sounds for English speakers in Berlin because so many people want to speak English. Now, I don’t really feel like I make a lot of effort to integrate. My boyfriend is German and we only communicate in German. We watch TV and movies in German and I often read (novels, websites, magazines) in German, but it doesn’t really feel that different from doing those things in English anymore.

Could you tell me about a cross-cultural blunder you have committed in Germany?

Sometimes I muddle up my grammar horribly in German and it’s a little embarrassing, but nothing really stands out from a cultural point of view. Canadians and Germans just aren’t all that different and I don’t feel that any differences are big enough to cause a memorable moment of embarrassment.

….perhaps a funny moment in Germany?

When I first came here, I stayed with a friend of a friend. We all went to the night flea market at SO36 (ed. – a club in Berlin) but jet lag hit me around 1 a.m. so I went back to the apartment alone. I got to the apartment door and couldn’t get it open. In Canada, doorknobs turn and that’s how you release the latch that closes the door, but here the key does that. So I kept trying to turn the doorknob and it wouldn’t open. Some guy came down the stairs and I asked him to help me, and he just turned the key. I was so embarrassed.

What was the most striking thing for you in Germany?

When I first came here I was amazed by how many people cycle  and how well the city caters to cyclists. There are bike lanes everywhere and it’s a really great way to get around. I was also really impressed by the highly efficient recycling system. You can recycle almost anything here!

What is typically German for you?

Good question! I think that’s a hard one, because there isn’t really one universal German culture. Each region has its own culture, specialties, and character. For example, Berlin is a lot different than Stuttgart, where my Oma came from. I think Berliners are very assertive – they’re not afraid to tell you what they think! They have a reputation for being a bit harsh, but I don’t really find that. People here can be very kind and warm once you get to know them. Overall, I think the Berlin attitude is one of not caring too much about what people think.

What do people in Canada think of Germany and Germans?

I guess there are a few different views floating around depending on whom you ask. Some see it as a highly efficient and “green” culture, some have a bit of nostalgia for Germany because they come from German backgrounds, and some people still hold onto old stereotypes about Germans drinking beer and eating lots of sausage.

On the west coast of Canada, where I’m from, a lot of German tourists visit on holiday to experience Canada’s natural landscape, so people often associate them with loving nature. A lot of people also think they’re very environmental due to the extensive recycling and solar energy programs in the country. I think a lot of west coast Canadians respect that, because it’s similar to our values.

Has your lifestyle changed when you came to Germany?

Yes, but I’m not sure if it’s because of Germany or just because I’m older than when I first came here. I was 21 when I came to Berlin so I went out a lot and was a lot more carefree. I went to far more events and concerts than I did back in Canada, just because I’m from a smaller city and there are far more of those kinds of things here than there are there. Now I’m 29 and I lead a much quieter life. I still love to go to concerts and galleries and things, but chances are pretty high that I’ll be at home at a reasonable hour.

What does the future hold?

No idea, but this city is almost more home than “home” is at this point, so I could see myself staying. I’ll never say never to moving back to Canada though, because it’s a fantastic place to live and my family lives there. 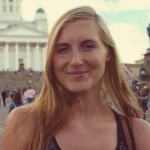 One thought on “We aren’t all that different”

We moved to my parents’ country of origin