Immigrant integration and identity can be very personal subjects and not everyone wishes for their views and experiences to be made public. Though all the stories in this interview are true, names and some cities have been changed to protect the artist’s identity, per his request.

It’s easy (and admittedly amusing) to reduce expats to stereotypes, as if we all neatly fall into one or the other category based on which country we hail from, what we do for a living, or where we party and eat brunch. Reality is always more nuanced and multi-dimensional. Dare we even say, interesting?

Take Alex, American-born artist and documentary filmmaker living in Berlin. On first sight, the dual American-Polish citizen may appear to fit into a few niches: creative type with a studio in trendy Kreuzberg, one of a rapidly growing number of young Jews in Berlin, jetsetter popping between speaking engagements in Europe and gigs in Los Angeles and Seattle. But Alex’s life in Berlin was more happy accident than predestined by career or background. The idea came from a professor who happened to hear him “complaining in the hallway about wanting to leave [his homestate] Illinois” and suggested a semester program in Offenbach near Frankfurt, Germany.

In 2003, Alex left the U.S. for Germany, and in the past decade, has spent time in Frankfurt, Stuttgart, and Karlsruhe. For the past six years he has been Berlin-based. 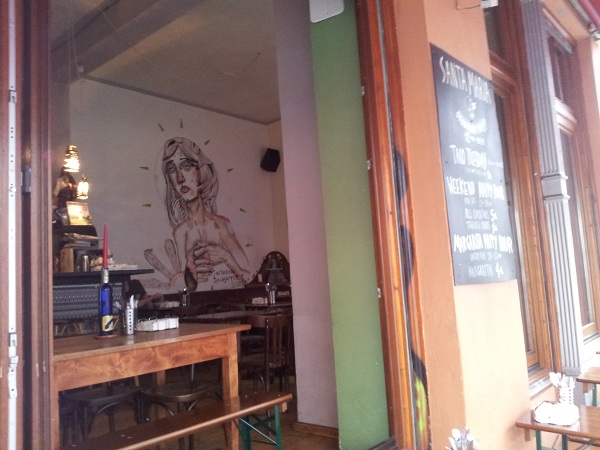 I meet Alex in his studio on Adalbertstraße, where he shows me some clips of his documentary films and tells me start-ups are starting to take-over former artist space in the building. “Do you feel integrated?” I ask later over habanero-spiked food and aguas frescas at Oranienstraße’s Santa Maria Restaurant. “You’re really making me think here,” Alex ponders, slicing into his pumpkin burrito, “it’s a top-heavy question though, isn’t it? Depends on what you mean by ‘integrated’.”

Alex isn’t a fan of dichotomies, the idea that every question always has a right or wrong answer. He prefers to see the world in three dimensions, which he describes as “the pause in-between inhaling and exhaling”. Fittingly, by the end of our conversation, he’s given us three dimensions through which to consider integration.

Alex recently attended a dance performance by Wang Ramirez, a pair that works between Berlin, Paris, and London and are “as diverse as the cultures that clashed and harmonized when its founders met

“She is ethnically Korean but grew up in Germany, and he grew up in France but has Spanish roots,” Alex explains. “At one part during the evening’s program, a woman comes on stage and asks them one of those typical questions about language and identity. How their backgrounds influence their performance and such. Wang and Ramirez respond in a mix of languages and movements, getting progressively more incoherent, to show how essentially absurd and futile that question can be.” 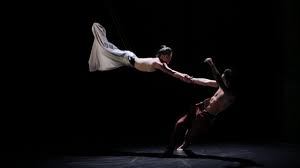 While attending a conference in Weimar to hear a professor friend of his speak, Alex was approached by a young German student looking for participants in a Jewish identity project.”He had just found out that he had some Jewish ancestry,” Alex recounts. “He wanted to do a photography project on young Jews in Germany to acknowledge this, and asked us if we would participate. Later, when my friend and I were alone and could discuss openly, we realized this project, like so many others, was focused on the past. My friend said, ‘why doesn’t he focus on Germany’s future instead, as a multicultural country? Perhaps learning Turkish would be a more meaningful contribution.’”

One late night on the U-Bahn, Alex found himself among a group of young Turkish-Germans. “People can’t usually tell where I’m from right off the bat. These guys in the U-Bahn asked me. My grandfather was a Sephardic 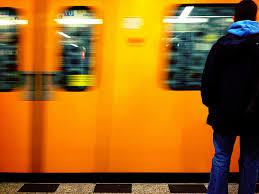 Jew from Beirut, so I just told them I had a Lebanese grandfather and left out the rest. Once they thought I was Arab they started on how they love everyone and all religions… Muslims, Christians, Jews, etc. Later I wondered how the conversation would have been different if I had said I was Jewish.”

“Berlin is a great place to come and figure out who you are and what you want to do. It’s just not the best place to make that happen, funding and opportunity wise,” Alex explains. “I always say Berlin is a city full of possibility, but not necessarily potential.” Alex, like many expats, is not sure what the future holds, other than it being a transnational one. No matter how much opportunity exists on the West Coast, it seems he will always be tied to Germany and, more specifically, Berlin. “Berlin is a city that breaks my heart,” he reminisces, “it broke my heart even before I lived here. Just the thought that a place like this even exists.”

First image by Sophia Burton, all others linked to sources.

Previous Post
I am more comfortable here then in the States
Next Post
I am happy to have an insider at home!

One thought on “Three Dimensions of Integration”