Had I hopped into Orhan’s taxi en route to the airport, I likely would’ve assumed he was Turkish and left it at that. He might have asked me where I was flying to and I might have commented on the weather. He would’ve pulled my suitcase out of the trunk and wished me a good flight, and I would’ve thanked him. But instead, thankfully, I met Orhan in a very different context – our half-marathon training group. What follows here is his story about growing up in Kurdistan and Turkey as the child of guest workers and moving to Berlin 20 years ago. The story I would’ve likely missed.

by Sophia Burton from  Collidoscope Berlin

I meet Orhan at Fehrbelliner Platz’s Park Café. We choose a table outside amongst the masses soaking up the unusually warm March sun. It’s that strange break between afternoon and evening,  the mood equally fitting for a coffee or beer. The space is buzzing but in a state of exhalation, as the day starts to settle and everyone’s shoulders wilt a few centimeters. This is where Orhan spends every Thursday between 4:45 and 6pm, while his daughter takes a kickboxing class around the corner.

My first order of business is a selfish one: though I’ve asked Orhan multiple times to tell me where he grew up, I still can’t remember the name, let alone comprehend its location geographically. Orhan draws me a little diagram: he grew up in Hotan, a tiny village near a town called Varto, part of a district called Mûş that lies in Anatolia, in the predominantly Kurdish southeastern part of Turkey. 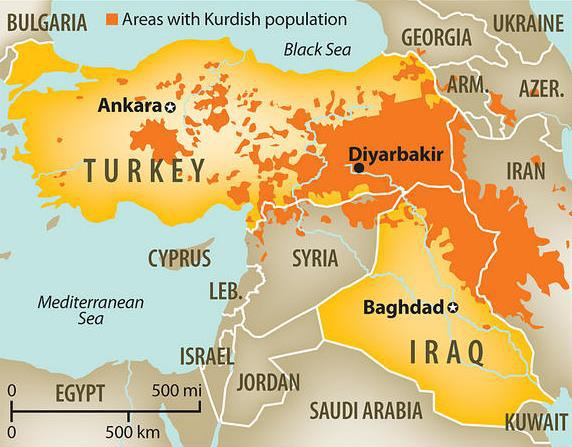 Orhan was 5 when his father moved to Berlin in 1972. It was only one year before West Germany would halt guest worker recruitment from non-European countries to fill labor shortages after World War II. His mother followed 7 years later with his youngest sister and they lived in Rudow in southeastern Neukölln – where they still live over 30 years later. “They got jobs as cleaners in an office,” Orhan recounts, “but they were fired!” he adds, snorting in laughter.  I look up from my notepad, surprised.”Why is that funny?” “Well, they worked with friends – they’d moved to Berlin together – and one of the guys was really funny. So they were always fooling around and making noise… and one day they got fired! That guy was a real comedian.”

Orhan only heard that story years later. He had stayed behind in Kurdistan, in the village with his grandmother. “My father didn’t plan on staying that long, like most guest workers,” Orhan explains, “but my mom eventually went, too, and my Oma became my main mom. She ended up raising me.” After school, Orhan did an apprenticeship in wood-making. “It was a 6km walk to work from Oma’s every day, alone, sometimes in 1m of snow. I was always scared the wolves would get me!”

In the 1980s, Orhan’s parents used money earned in Germany to buy land and build a house in Izmir, on Turkey’s western coast. Orhan switched from wood-making to electrician work, and got a factory job making stoves. His remaining siblings (of which there are 5 total) started to join his parents in Berlin, applying for visas and leaving one by one. Orhan applied too, but his request was denied. German family reunification policy* has a 16 year old age limit for third country (non EU) nationals to join their parents in Germany. After age 15, other factors apply for a residence permit, such as German language proficiency and the “ability to integrate”. Orhan was already in his 20s. So he stayed  in Izmir, looking after the house and spending summers in the village with his grandmother and uncle. Then came 1993, when Hotan and many other Kurdish villages were destroyed in a war between Turkish government forces and Kurdish rebels. The war, called “one of the most violent secrets of the 1990’s

It was Orhan’s first trip to Germany, and by the time he returned, he had decided to try moving there again. “Since I had gotten a visa for the work trip and come back, I had earned the Embassy’s trust,” Orhan chuckles, “it was much easier to apply for a visa the next time.” On December 10, 1994, Orhan left Turkey with a 3 month visa. Upon arrival in Germany he applied for asylum. He was 27.

He was sent to an asylum home outside Berlin in Eisenhüttenstadt, Brandenburg.

We were fed three times a day and the workers were pretty nice to us, but the conditions weren’t great… 7 or 8 of us sleeping together in one room.

For a year, Orhan spent one night every two weeks there to comply with policy. “They knew my family was in Berlin… I spent the rest of the time with them.” Orhan’s asylum request was eventually granted, on the grounds that his hometown in Kurdistan had been destroyed. 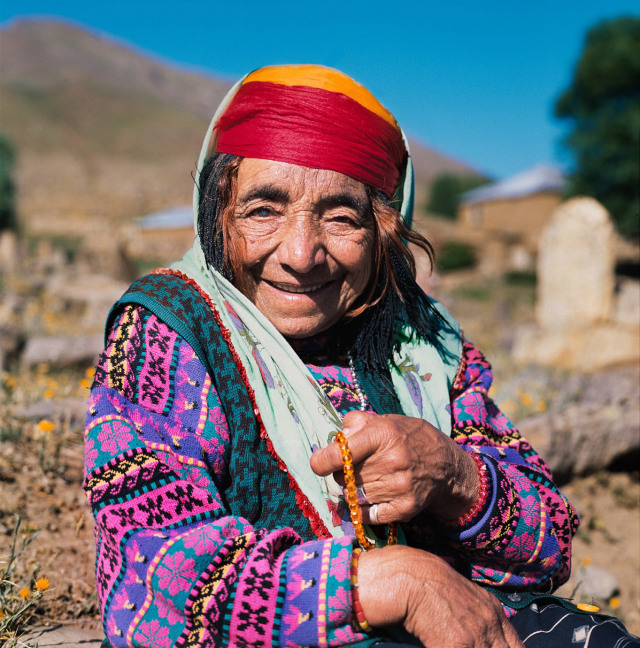 This was in the mid-1990s, a decade before Germany would officially recognize itself as a country of immigration and develop a national integration plan that included integration courses for newcomers. Orhan signed up for a language course on his own, hoping to learn enough German to study economics at university. He quit after 3 months: “It wasn’t fun and always after work, when I was so tired (he did construction at the time – ed.). The grammar was really hard. It’s still hard.”

A cousin’s fiancé suggested he try being a taxi driver.

I failed my taxi license test 3 times because I couldn’t pronounce the street names correctly! Being a taxi driver is a bit boring but it’s a clean job. Not like construction. And I like the freedom.

Orhan’s been a taxi driver ever since, working 10 hour days 5-6 days a week. He has two children, a son from his first marriage to a Turkish-German woman and a daughter with his current wife, whom he met at a gym over 10 years ago – a gym they still attend together. “I live a good life here. I travel a lot and I have a flexible job.” Orhan tries to go to Kurdistan at least once or twice a year, and has taken his kids 4 times. His next visit is this May.

“My kids have 59% Migrationshintergrund,” Orhan says laughing, “when I’m angry with my son I scold him in Turkish, but usually we speak German. He can understand Kurdish, too. I tried speaking Kurdish with my daughter for a year but then gave up,” he adds, a hint of regret in his voice.

If I marry someone from Turkey and want to bring them here, they have to prove they speak German before arriving! But people from Bulgaria and Romania** can just come here and get social benefits even if they don’t speak the language.”

“I don’t have German citizenship and I don’t want it,” Orhan declares, “why would I need it? My wife and I want to buy a house in Izmir and spend maybe one third of the year there. Four months in Berlin, 4 in Izmir, 4 in Kurdistan. There’s nothing special there, where I’m from in Kurdistan… only mountains, animals (the wolves!), and rocks, but,” Orhan makes a fist and holds it close to his stomach, “it still feels like home.”

**Despite being part of the EU since 2007, Bulgarians and Romanians have only had access to Germany’s social welfare system since 2014, when Germany lifted work policy restrictions. This was after the EU deemed Germany in violation of economic rules of engagement.

All photos linked to source. A big thank you to Orhan for his participation!

You can be whoever you want to be

In Berlin you are free, you can be whoever you want to be. There are

2 thoughts on “The Taxi Driver”