The aftermath of Friday the 13th November

I woke up on Saturday morning with excitement and high expectations…it was the day I was supposed to go shopping in Paris for my wedding dress. I took a shower, put on my make-up and made breakfast…and only then did I check my phone. I had tons of missed calls, text messages and Facebook notifications. It was like déjà vu…I immediately got a flashback of what had happened 10 months before.

I started going through the messages, mostly from my family and friends back in Estonia but also from more distant places like Canada, USA and Australia. People kept asking me if I was OK and why I hadn’t used the Facebook application to notify that I’m safe. I got more and more anxious as I didn’t know what all this was about. I had gone to bed early the night before and my phone was on mute. Hence, I turned on the TV and that’s when I learned it all… 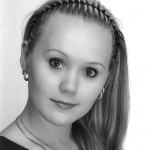 It’s been 11 days since this horrible tragedy happened in Paris on the 13th November; 11 days when the whole world has shown solidarity with Paris; 11 days when the French police and other law enforcement units have been working day and night; 11 days of counterattacks in Syria and raids in terrorist hideouts in the Parisian area. People are still encouraged to avoid bigger public events and rush hours. The shops have announced a huge drop in the number of customers. People think twice before attending a big concert or another event.

Life must go on

Yet, the life must go on; and this is what has happened in Paris. The locals keep together and renounce any threat or aggression. There are several calls to action – some “more serious” ones like “The White Walk for Paris from République to Bastille” (tr. Marche Blanche pour Paris de la place de la République à Bastille) and some “less serious” ones like “Everyone to the Bar” (#TousAuBistro or #JeSuisEnTerrasse) and “Eat a croissant for Paris”.

Even though people are still in shock and everyone knows someone (who knows someone) who lost somebody during the attacks or who experienced it and survived, the atmosphere at the moment is rather calm; if we can say that… It could maybe be explained by the fact that love, instead of hate, and the sense of unity and strength, instead of surrender, are being promoted.

The local expat community has not yet talked about their wish to return to their countries of origin or move to a new destination. Many of the French expatriates from all over the world have been interviewed, as well as the expatriates living in Paris. Most of them feel for Paris and add to the sense of unity in France. Despite that, there’s a fear among the relocation companies that the number of future expats might decrease, at least for the time being. We do everything in our power to reassure our clients and give advice, should they need it.

As an expat myself, I know that the families back home need to be reassured even more because of the information overload on the Internet. One thing is for sure, I will remain more prudent for a while but I won’t stop living.