My name is Jasmine and I’m a second generation Canadian from Edmonton, Alberta, Canada. I studied pharmacy and Italian before moving to Italy almost a year ago and am a self-professed travel junkie. Nowadays, I keep friends, family, and italophiles up-to-date with daily life in Italy as an expat on my blog Questa Dolce Vita. I’ve also launched a social media and public relations company called Dolce Vita Public Relations where I provide English consulting for Italian businesses who want to ensure their English material and content is perfect.

What brings you to Italy?

Moved to be with my fiancé, I was a pharmacist and now am doing a mixture of blogging, freelance articles, and taking advantage of being a mother tongue English speaker for teaching and consulting.

What were the initial struggles when you moved?

The main challenge is leaving behind your old life- everyone and everything in it. Besides friends and family, I had just started a profession as a pharmacist and practiced for a little more than a year before moving so that was hard to give up. Talking to other expats, the most common struggle is the language but I had a slight advantage having studied Italian back in Canada.

What are the things that you like/dislike here?

Life in Italy is so coveted because it’s really well-rounded. You have the opportunity to be immersed in pretty much any “vice” you desire – great wine, food, scenery, art, shopping, history…you name it, you can find it in Italy. Plus, being such a small country, you can travel from one city to another easily and see the topography, dialect, and food change even between short distances. There’s only one thing I dislike- the bureaucracy. Everything that should be easy is made exponentially more difficult by the need to go to several different offices with several different documents on a variety of days (during hours you would normally need to be at work)…basically it’s a nightmare and you need to behave like an Italian to get things done. By this, I mean you have to be extremely persistent and not be afraid to raise your voice!

Do you feel yourself integrated?

Yes, I do. I’ve only been here nine months but I definitely feel integrated. I’m one of the lucky ones though – having an Italian fiancé means you get instant friends by way of default. The people in Bergamo are a little more German in nature in the sense that they are very helpful and kind but you have to get to know them first. It’s different from Canada where people are outwardly friendly all the time. It’s also helpful that I’ve had many lovely jobs over the past months, having a job and getting to interact with colleagues everyday really makes a difference when I think of integration. I’m not sure how I would define ‘integrated’, I can only say that I feel normal going about my day. 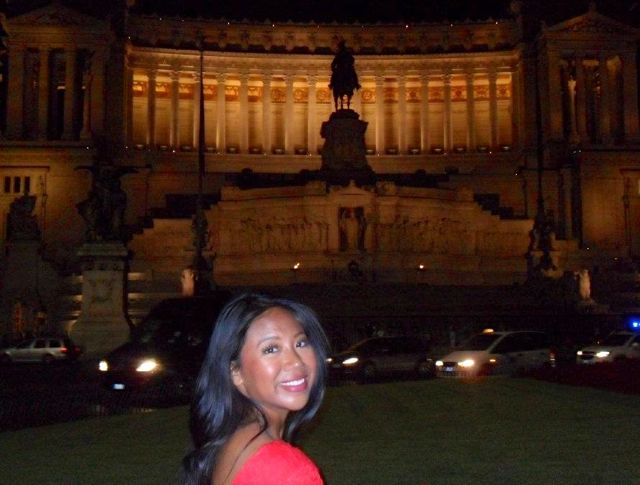 Have you experienced any cases of discrimination/racism?

Yes. And I have heard and seen it happen to others. I get stared at simply because it’s obvious that I’m not Italian. However, I’ve had African-American friends be verbally abused by strangers based on the color of their skin. As well, the authorities will often change their tune when they see the cover of your passport which is really unacceptable but I’ve also experienced this when applying for my permission to stay in Italy. Suddenly if you’re American or Canadian, people treat you better.

Do you think Italy is a multicultural society?

I think it exists, but it’s not as embraced like it should be. I suppose there’s this unsavory cocktail of younger generations clashing with traditionalists, open-mindedness clashing with hate brewed from ignorance and fear, it’s really a terribly heart-breaking situation in Italy at the moment with the refugee crisis that is gripping the entire world. I can only speak for Bergamo, I think the bigger more ‘international’ cities like Milan demonstrate more tendency to multiculturalism. It’s what I miss most about Canada though. I consider Canada to be multicultural. It’s a melting pot, granted it’s a very unique country for this fact. I grew up with friends of all ethnicities and with a working knowledge and appreciation of their cultures.

Has any of the stereotypes about Italy and the italians been confirmed?

That they are lovers of food, wine, and life in general….yes. And they are indeed very fashionable.

What’s the first thing you do when you go back?

Eat a variety of ethnic foods – especially Chinese. I’ve tried it a few times here in Bergamo, and it’s not quite the same as my grandma’s cooking!