Labelling Migration: making sense of the hodge-podge of terms

We all recognise the need to label and be labelled, so what’s all the fuss, you might ask? For quite a few years now, discussion has been ongoing on the underlying meaning of words such as ‘migrant’, ‘immigrant’, ‘foreigner’, ‘expat’, any combination of hyphenated terms and a whole host of other ‘titles’ that constantly pop up to differentiate the other from the self, one society from another, to define the boundaries that separate an ‘us’ from ‘them’. In Germany several events have obliged us to return to the topic once again.

Labelling Migration: making sense of the hodge-podge of terms

In June 2014, the English-speaking German newspaper ‘The Local’ published a casual Op-Ed on the difference between expat and immigrant. The writer Jacinta Nandi aptly describes ‘expat’ (‘Auswanderer’ in German) as a better class of ‘immigrant’. This comes as no surprise since in the minds of many, the term ‘immigrant’ conjures up images of scores of Africans or ‘boat people’ arriving on the Mediterranean shores; poor, shabbily dressed, strong-smelling, loud-speaking, bag-toting, uncomfortable-looking hustling individuals that are now part and parcel of the metropolitan cities. Nandi notes that the German word ‘Ausländer’ or foreigner has been incorrectly (and negatively) used to label anyone with non-German parents who lives in Germany. There is no shortage of German words for the term ‘immigrant’ and a cursory glance at the title lists of courses being offered to migrants here in Germany as well as the countless publications of preparatory texts for newcomers needing to be integrated quickly create a dizzying effect – there is ‘Zuwanderer’, ‘Einwanderer’, ‘Migranten’, etc. Another term bandied about in the news and public discourses is a person with ‘Migrationshintergrund’, or migration-background. While Nandi sees the term as an acceptable and respectful attempt at describing someone who is not ‘ethnically German’, we prefer to draw attention to its potential to separate and classify those individuals who are not fully accepted as Germans although some of them were born here and hold German citizenship. It is also a disguised (or blatant?) effort to keep the seams around ‘Germanness’ intact and unquestioned. In this age where travel, mobility and ‘international’, ‘intercultural’ experience are so valued, it is surprising and disheartening to experience the multiple attempts by public discourses and institutions to maintain a rooted, essentialist definition of national identity which clearly differs from the surrounding reality.

In 2009, the controversial documentary film Schwarz auf Weiß (Black on White – ed.) by investigative journalist Günther Wallraff was released in Germany. Although the film has been justifiably criticized on many accounts by critics and Black (activist) groups for its simplistic caricature of Blacks living in Germany, the results of the journalist’s undercover experiences as a ‘Black man’ are nonetheless disheartening – Wallraff comes to the conclusion that when you are Black in Germany, you are completely dehumanized as a person. Instead of an open debate on the findings in the documentary and the urgent need to address direct and subtle racism and discrimination in German society, what followed the release was largely criticism of the approach Wallraff undertook and his obliteration of any real Black figures in his film. Although this commentary does not treat the topic of racism in its various forms, the matter cannot be sidestepped as it is intricately linked to the way people get labelled and how they decide to construct or assimilate their own identities. 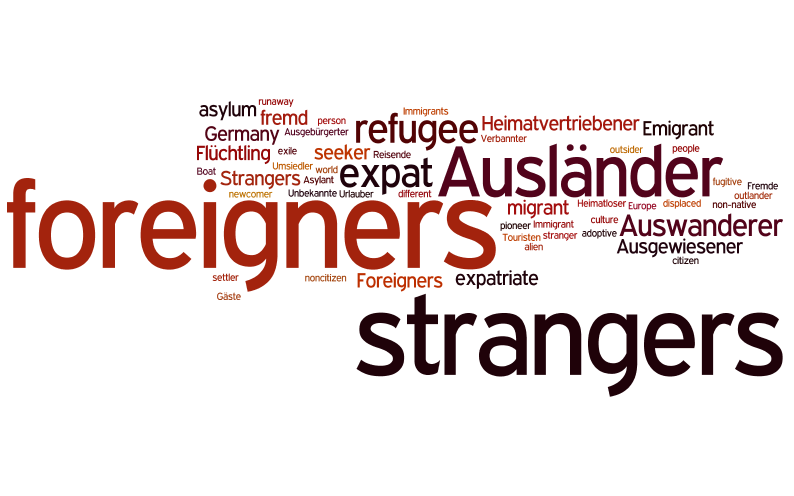 Just last year in 2013, another ‘labelling’ debate occupied the columns of the main newspapers when some German publishers such as Thienemann Verlag decided to remove the derogatory term ‘neger’ from children’s classics. An unconvincing article in the conservative Zeit newspaper made reference to the results of a survey which revealed that those with a higher level of schooling were more unwilling to accept such changes while those with less schooling were in favour of altering the texts to remove the offensive terms. Some of the ‘revised’ texts include Swedish Astrid Lindgren’s Pippi Longstocking series and Otfried Preußler’s Die kleine Hexe (The little Witch – ed.). Shortly before his death, the much renowned children’s author Preußler had agreed to the changes in his works. While public opinion has been very divided and many academics prefer to respect the historical context and setting in which the children’s works were written and created, the decision to replace offensive terms sparked a much-needed debate on the changing and changed face of German society and hence, the importance of addressing such issues as race, identity and inclusion, especially in the educational system. We welcome the removal of such words from children’s books although it should be acknowledged that such a move is but a drop in the ocean towards the creation and fostering of a more tolerant society where the skin colour and background of an individual no longer constitute motives for discrimination or different treatment.

It would be misleading to think that this issue of problematic labelling and uncomfortable stereotyping is limited to Germany. Across the border in Holland, a court recently ruled (July 3rd, 2014) that the famous Christmas helper Black Pete (‘Zwarte Piet’) was offensive to Black people and helped to perpetuate racist stereotypes. Like in Germany, public reaction was mixed and many refused to acknowledge that their beloved Christmas figure could actually be interpreted as racist. Further up north in Sweden, the Integration Minister, Erik Ullenhag has proposed removing the word ‘race’ from all legislation, a move that has been heavily criticised by Afro-Swedish groups.

When interviewed about the different terms employed to refer to ‘non-Germans’ and whether a hierarchy exists, psychologist Cynthia Quiroga doesn’t think there is a big difference in people’s perceptions about the ‘migrant’, ‘tourist’, ‘asylum seeker’ or ‘foreigner with German citizenship’. She is confronted daily with many prejudices based on fear and distrust towards the ‘outsider’. She often hears comments such as ‘Black men are disgusting’, ‘I am going to move to an area where there are no Turks so that my children won’t become aggressive at school’ or ‘Latin women only come here to look for husbands who will take care of them’. She concedes that such images are mostly expressed by people who lack international experience and whose lives are confined to small towns and villages.

On the streets, we randomly asked individuals to tell us which words they knew to describe a non-German and what differences there were among the terms. Surprisingly, the interviewees were reluctant to enumerate any terms and one middle-aged man acknowledged that in a truly mixed society, such questions would no longer be relevant. He was hesitant to pin names to different ‘characteristics’ of individuals, preferring not to distinguish according to nation or background since you could find good and bad qualities everywhere. Another young interviewee also preferred to avoid confining people to their nationalities and saw the term ‘with a migration background’ as problematic since in his words, ‘everyone has a migration background’. For him, borders were not important. A young woman we interviewed admitted she had a lot of friends who were ‘foreigners’ and who had difficulties ‘seeing things from the German perspective’.

Such responses reveal the mixed reactions of people but more importantly, the discomfort that such a growing number of terms produces. Which one is politically correct, which is offensive, which racist, which does the majority ascribe to? This problem won’t disappear but would only be exacerbated as mobility and migration continue to change and challenge established notions of nationality and identity.

One thought on “Labelling Migration: making sense of the hodge-podge of terms”