Intercultural Week in Bonn kicks off with HIPPY

The presentation of the HIPPY (Home Interaction for Parents and Preschool Youngsters) House-Visit pilot programme kicked off the Intercultural Week 2014 in Bonn. Pedagogue Barbara Schlüter, together with her team, welcomed interested parents and pre-school coordinators at the MIGRApolis Haus, where the materials and details about the programme were at hand.

Intercultural Week in Bonn kicks off with HIPPY

The presentation of the HIPPY (Home Interaction for Parents and Preschool Youngsters) House-Visit pilot programme kicked off the Intercultural Week 2014 in Bonn. Pedagogue Barbara Schlüter, together with her team, welcomed interested parents and pre-school coordinators at the MIGRApolis Haus, where the materials and details about the programme were at hand. I spoke with one of the home visitors, Yamina Rajaa who has been working in the district of Holzlar with three families for the past two months. Her experience has been mostly positive and complements her own role as a mother of two children. Every week, she is introduced to a new ‘guided module’ which is a step-by-step orientation on how to use the material. She works closely with pedagogue Barbara on gaining the necessary competence and support which will thereafter be transmitted to parents and their youngsters. In fact, Schlüter always accompanies the trained/qualified ‘home visitor’ to the first session not only to ensure a smooth start to the visits but also to gather useful information such as the language and country of origin of the parents, their education levels, profession, length of stay in Germany, etc. The team hopes that the ‘Intercultural Week’ will showcase their work which they see as both valuable and fulfilling. 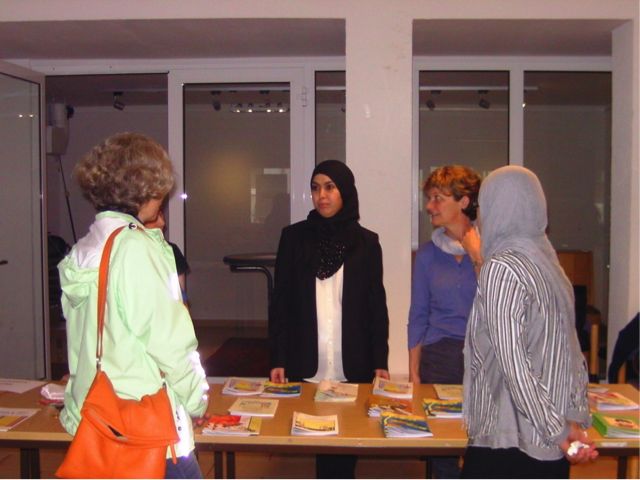 HIPPY targets pre-school children and complements the skills they acquire there. One of its particularities is the multi-lingual, diverse family backgrounds and the close bonds that quickly develop. Using a mix of languages but prioritizing German, the qualified house staff are able to work with parents in different ways and phases to help them stimulate and promote their young children’s competences. The programme not only seeks to prepare children for primary school but also strengthen parent-child relationships and support parents in the development of their children.

The material selected for the house visits is meant to complement the German language competence of kids, their motoric skills, logical thinking, sense perceptions, etc. Features of HIPPY include 2 weekly visits for a period of up to two years, a mixture of house-visits and group meetings, pedagogic expertise, qualified ‘home-visitors’ from the same district or culture and the use of role-play as a learning technique. HIPPY was first introduced as a pilot project in Bremen and Nuremberg in 1991. In 2008, it joined up with the Dutch Opstapje and in 2011, it broadened its scope to Austria and Switzerland in its promotion of child development. In 2012, it was subsumed under the new name IMPULS. 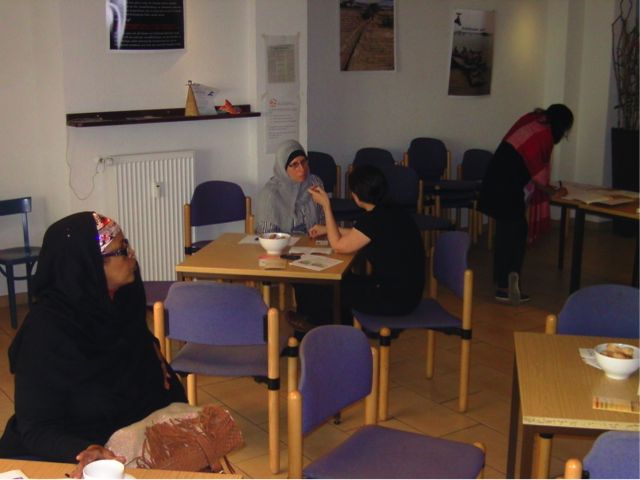 Pedagogue Barbara Schlüter cites funding as one of the biggest challenges for the success and expansion of the pilot project in Bonn. Although she was disappointed with the turn-out, the interest shown by parents and other curious visitors was promising. She hopes to increase the size of the project from four to fifteen families. HIPPY got off the ground at the start of 2014 in Bonn. Schlüter is thus far satisfied with its evolution but is quick to point out the many travails along the way. She further stresses that unlike the recognized ‘Rucksack’ programme that promotes the use of the parents’ mother tongue, HIPPY seeks to find creative ways to reinforce the learning of German. In this sense, she acknowledges the outdated nature of some of the material, which has been in circulation for over twenty years and welcomes the need to update the texts to reflect the changing and changed realities of the cities where they are being used.