I’m a human being

Vienna. Seat of the former Austro-Hungarian Empire. Widely considered the gateway to Eastern Europe. Home to a United Nations headquarters and numerous international companies and universities. The Austrian capital has long been a city of immigration – even when politics have told a different story – and a staggering 50% of the population has what’s referred to as a “migration background”.

So it’s not as if I expected Vienna to not be multicultural.

What I didn’t expect when moving to Vienna from Berlin was to encounter some of the most fascinating “mixes” of my life: A half-Indian, half-Italian who grew up in the US and lives in Vienna with her half-Austrian, half-French boyfriend? A Chinese-American who fell in love with her German boyfriend in Hong Kong? A half-Austrian, half-Sicilian who met her Indian husband in London? The combinations are unexpected, beautiful, and dare I say, collidoscopic? (And their potential future children even more so). 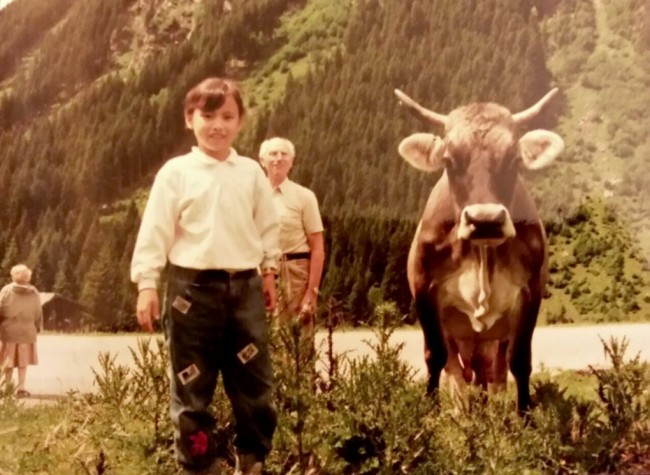 Christina, the first close friend I made in Vienna, is no different. Born in Taiwan to a Taiwanese mother and Austrian father, at age three her family moved to San Jose, California, where her younger brother was born. Kindergarten was spent in Vienna, where she lived with her father and grandparents while mom and brother stayed in the US. At age six the entire family moved to Taiwan for four years. Then it was back west to Seattle from ages 10-16 where Christina spent the longest stretch of her childhood, what she calls her “most formative years”. Her last two years of high school were completed in Taipei, where she graduated with the globally recognized International Baccalaureate Diploma.

“I was missing roots as a kid, our family was always bouncing around,” she tells me.

This triangular ping ponging between nations resulted in three different passport combinations within a family of four: Christina’s brother, born in the US, is a dual Austrian-American citizen but “avoids Austria now because of the mandatory military service.” Mom is dual Taiwanese-Austrian, “but never felt completely comfortable in Austria”. And Christina and her father are purely Austrian, on paper anyway.

“A long time ago my dad had the chance to become an American citizen but decided against it,” she says smirking, “He’s a proud Austrian.” 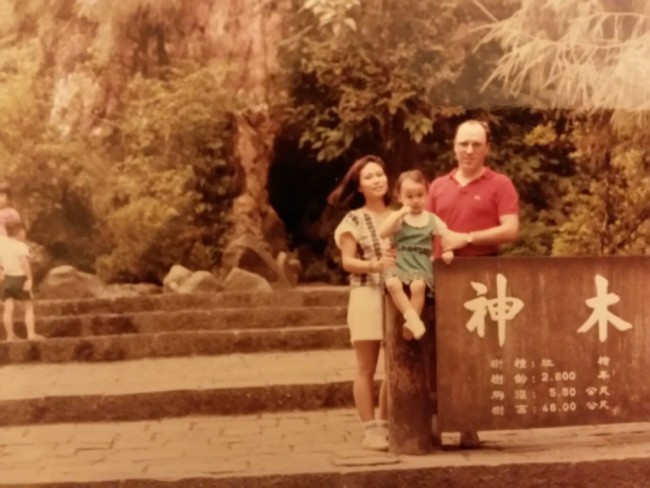 It is to her father and his “pride” that Christina attributes her last 16 years in Vienna. “My dream was to go to Georgetown [University],” Christina tells me one warm evening in the Museumsquartier, her fingers tapping the stem of her Hugospritz. “I applied and got in… my mom supported it, but my dad kept saying I had to go to university in Austria. It was always really important to him that, as the oldest child, I embrace my Austrian roots.”

Christina ended up moving to Vienna against her will: “I didn’t have any connection to Austria at that time other than having spent the occasional summer there with my grandparents.” The first year, she expressed her anger by skipping class in favor of exploring the city and having fun.

“And then I got pregnant,” she says laughing, “the biggest rebellion of all!” 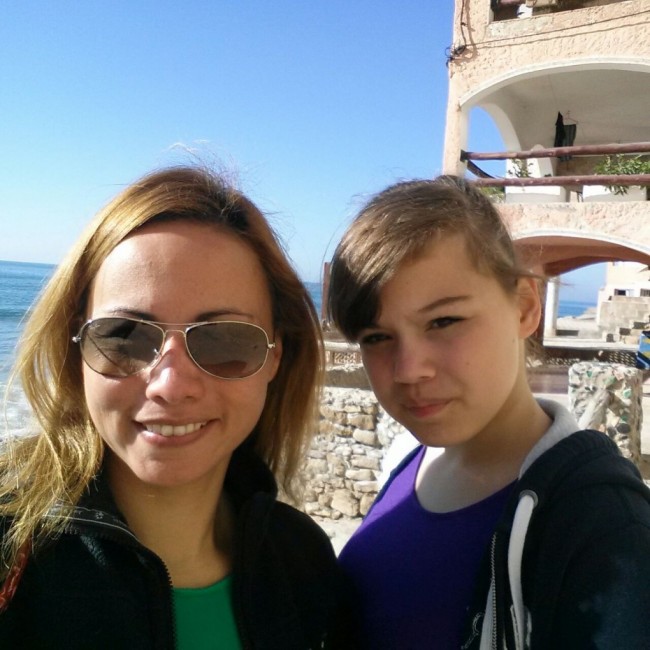 Christina’s daughter Illeana (Illy) was born when she was 20. She raised Illy as a single mother while completing her degrees in Economics and Sinology, with “lots of help” from friends with similar bi-cultural backgrounds. She counts half-Austrian friends from South Africa and Bolivia among her closest, along with a half-Kosovan, half-Czech hair salon owner named Suzi. “None of us knew what we were doing… it was experimental parenting. I think if I raised a child now I’d be much more nervous!”

After making it over the hump of her first year, Vienna started to feel like home. “I began to realize how much I love it here,” Christina reflects. Now one could say Christina is as Austrian as they come. Her German is flawless and chock full of colloquialisms, she sings along to Austrian Schlager, and her drink of choice is the ubiquitous Weisser Spritzer.

None of that, however, stops her from craving Taiwanese ‘Three-Cups Chicken’ or her favorite American cereal, ‘Lucky Charms’. “I’m biracial and tri-cultural,” she states without hesitation. And while rewarding on personal and professional levels (she’s also fluent in Mandarin), Christina’s background has not gone unchallenged in a city that still struggles to see itself as a place of migration and diversity.

Christina has encountered countless variations of the “But where are you really from?” question over the years. “When I first got to Vienna, there were fewer minorities and diversity didn’t work very well,” she remarks, “I remember meeting one guy who could not comprehend why I looked the way I did but had a very common German last name,” she rolls her eyes at the memory. “I literally had to spell it out for him by saying, ‘If you, an Austrian, had a baby with a Taiwanese woman, the result would be me!’” 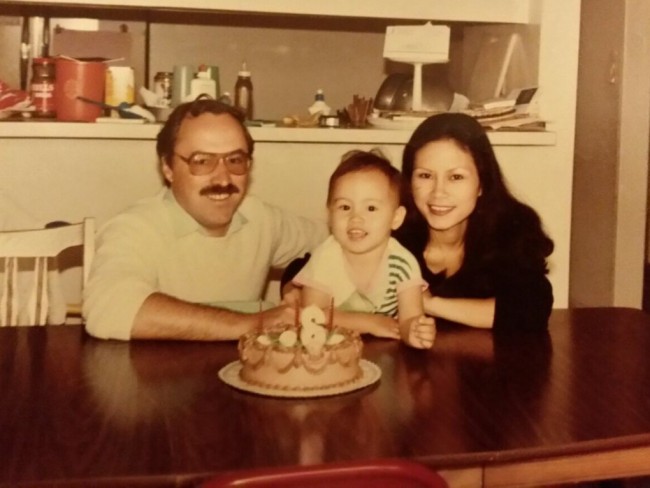 This phenomenon isn’t limited to Vienna. In Japan, a newly crowned biracial beauty queen has been fielding questions on a regular basis about what parts of her are “Japanese”. “But I am a Japanese,” is her response. On the other side of the world, in the US, Rachel Dolezal was recently exposed for her elaborate deception as a Black woman – a “one-directional privilege” that could never have been successful the other way around, due to socially constructed perceptions of race. The recurring theme? If you are one drop of minority, we will question your Belonging to the majority.

Christina acknowledges that even she is not immune to societal attitudes about migrants in Austria. “I’ve learned that, in Austria, migrants get classified into ‘good’ and ‘bad’,” she explains.

“Asians are considered ‘good’ because they’re quiet, stay out of trouble, and work hard. Turkish people are unpopular because a lot of them refuse to adapt to the Austrian way of life and bring hordes of family members over, all the while claiming benefits from the Austrian government. Blacks have it the worst, though, probably because they stand out the most and are still viewed by many locals as low-lifes and drug dealers.” 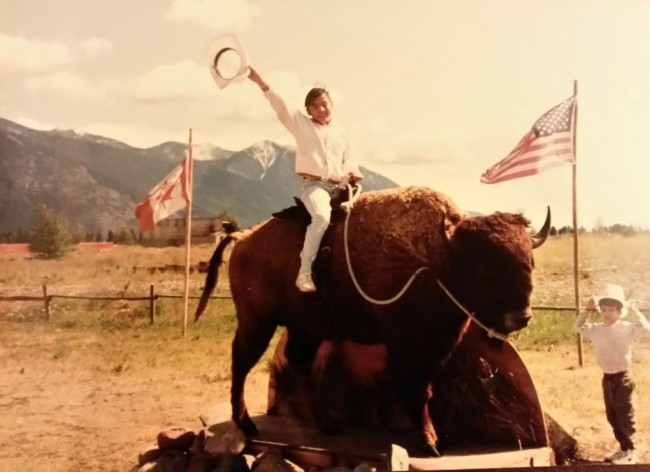 While Christina is well aware that the US has its own challenges regarding diversity, she does view it as more progressive: “In the US, people at least get it when you tell them that you’re biracial.”

It was 1999 when Christina was last in the US, before Illy’s birth and before the 9/11 attacks. While she’s now seriously considering a move back, it’s unclear when she will be able to. Christina is not a US citizen and needs a green card. Her most recent attempt at the Diversity Visa Lottery was unsuccessful. “My dad told me he is reconsidering becoming an American citizen just so that he can help get us over there,” Christina recently shared. Family reunification is one of the four major pathways for foreigners to become legal residents of the US.

Legal challenges are also not Christina’s only concern. “Sometimes I worry that people in the US will annoy me with their ignorance,” she says laughing. At the same time, she is drawn to the lifestyle. She observes her American friends move to houses with pools, which, compared to Viennese city apartments, seem like mansions. Illy, a recovering Justin Bieber addict who recently graduated to a One Direction obsession, is thrilled with the prospect. “A typical Austrian teenager,” Christina chuckles.

You could call Christina many things: A transnational, an immigrant, a third-culture kid, a foreigner, a native, an expat. But none of these categories really fit given the fluidity of her upbringing and identity. We use labels to establish connections and try to make sense of things, but they can also dilute the intricacy and beauty of reality.

“I’m not 100% of anything,” is how Christina describes it. “Sometimes when people ask what I am, I just answer that I’m a human being.”

By Sophia Burton from Collidoscope Berlin, reprinted with permission

Photos provided by Christina and Sophia.

Whose Multikulti is it? The elusive definition of multiculturalism

If you put the German word Multikulti* (translated as ‘multicultural’, though it means much more) into Google

I’m not turkish, but my husband is

In a capital city marked by transformation and transience, where people are perpetually coming and going,