I hope it will open many doors to me!

Hallo! I am Ahmad Budeir, 27 years old, dentist (graduated from the University in 2013) and of Palestinian – Syrian origin. My family relocated from Palestine in 1948 so originally I come from Palestine, but I was born and grew up in Damascus, Syria. Damascus is the capital and the second-largest city in Syria after Aleppo. Damascus is commonly known in Syria as Al-Sham or as the City of Jasmine. In addition to being one of the oldest continuously inhabited cities in the world, Damascus is a major cultural and religious center of the Levant.

My favourite hobbies are playing football (I am supporting FC Barcelona and Germany’s national football team “Mannschaft” ;-), swimming, playstation games, watching TV & cinema, traveling ( I have visited United Arab Emirates, Lebanon, Turkey and now Europe).  I also enjoy being physically active, and spend a lot of time playing sports.. I don’t find time to do it now though… 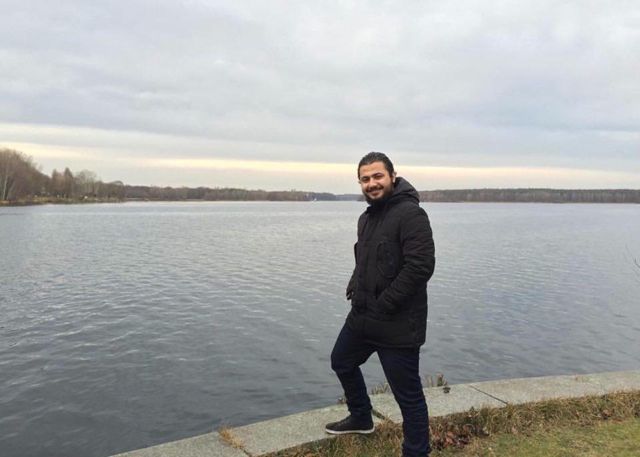 What brought you to Germany?

I’m very proud of the civil society that I found in Germany and it’s achievements in the field of dentistry! I would like to pursue another Degree in dental sciences in a well known university in Europe. In my opinion, tuition fees and living costs in general are reasonable.
The education system in Germany is the best. I hope it will open many doors to me. I know that living and studying abroad is not easy, but I have enough motivation to succeed, work hard and gain a degree!

What difficulties do you face right now?

Missing something or somebody is the worst thing I have in Germany ;-(  I miss my parents and brothers! I haven’t seen them since 3 years. I wish to go back soon to my home country and my family. I also miss just walking on the streets of Damascus visiting all the places I love in Syria with the my family and friends.

Another thing… it is not so easy to learn the German language,  it needs a lot of time, effort and enough connection with the community.

I hope the war in Syria ends soon, so that I can go back to live together with my family and work as a dentist.