I don’t have much to complain about!

My name is Jay Malone, and I’m an American graduate student at the University of Siegen, a teacher of English at several universities in the Rhineland, an author of apocalyptic dystopian science-fiction, and the founder of student advisory service Eight Hours and Change. I’m originally from Columbus, Ohio, but I’ve lived in Germany for a little over three years. I originally moved here six years ago to study, but ended up traveling for several years instead. When I moved back three years ago it was to study Political Science at the University of Siegen, which I intended to be the start of an academic career. It hasn’t turned out as planned, but I’m glad I came back all the same.

What is it that you as American both like and dislike about Germany?

There have been an incredible number of opportunities for me here. For one, I was able to study here practically for free, all while enjoying discounted health care, subsidized language courses, and cheap travel throughout my state. I’ve also found it relatively easy to find work here, which is, of course, a major plus. German culture is also very similar to the Midwestern American culture that I was brought up in, so it’s been easy to acclimatize myself.

The things I don’t like are mostly superficial, like the fact that Germans move with their kitchens and don’t give you free (or cheap) refills on coffee. In general, I don’t have much to complain about.

I was once at a party in Berlin talking to an Italian friend when a group of Germans walked in. One of the drunker party-goers walked up to them and introduced himself around. The last person he talked to happened to be black, and when the (white) drunkard stuck out his hand, he accompanied it with a “Where are you from”? The black guy looked at him funny, and said, “Here. Where are YOU from?” “No, no, no,” said the drunkard, “where are you ORIGINALLY from?”

Germany is definitely a multicultural country, but there are people who still haven’t come to terms with that. For me as an American, anyone with American citizenship is automatically an American, regardless of race, religion, background or anything else. I think these values are being adopted in Germany, but it’s a process that will take generations. The German ethnic identity has become disassociated from “Germanness” to the point where even a person like my Moroccan roommate, who was naturalized six years ago, calls himself German.

Do you yourself integrated and accepted? 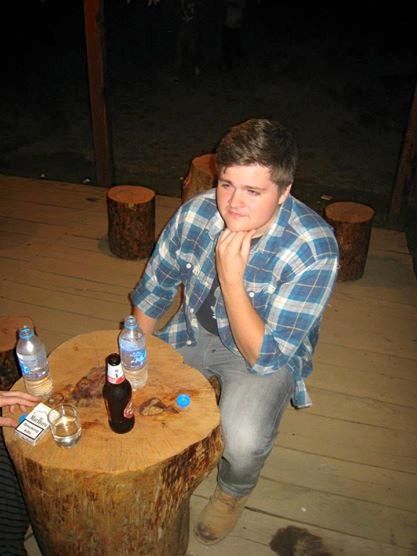 Having lived here for three years, I can definitely say that there has never been a time when I haven’t felt accepted. That likely has a lot to do with the fact that I look German, with relations on both sides who came to the States from Germany, and come from a country that many Germans are interested in. But while I feel accepted, I’m not integrated. This is likely because I’ve worked as an English teacher and studied in an international program since I arrived, which has created some natural distance between me and German society at large. I do plan to stay though, and I feel confident that over the coming years, I’ll be able to integrate myself better.

Could you tell us a funny moment that happened to you in Germany?

When Dortmund and Bayern met in the Champions League final two years ago, I was walking down the street in Siegen and an old man stopped me. He was probably around 75, and had hands that reminded me a lot of my grandfather, a man who worked outdoors year-round his whole life in brutal conditions. He grasped my arm, and asked me earnestly:

He smiled, nodded his head, and gave me a thumbs up. It’s funny how football can bring people together across cultures.

2 thoughts on “I don’t have much to complain about!”