I am too Nigerian to believe in something like depression

My name is Jennifer and I am originally from Nigeria. I moved to Germany in 2013 to visit my partner, one month later we got married and I haven´t looked back. I speak only English for now, but I attend German classes and would really love to master my language skills. Most people here are eager to speak English; especially when they see you are struggling with deutsch…

In my free time I run a blog. I also craft and sell colourful accessories handmade with African fabrics.

Do you feel integrated?

Not yet, but I´ve realized that it is very important to integrate into the society you live in. The language is the first step to the integration. Then, of course, you have to understand the people, the government, the laws… You know in Germany if they ask you for just your birth certificate, you should go with all the documents you have even though they did not ask for them 😉

What is the most striking thing for you here?

The transport system. Back in Nigeria, the transport system is crap, they fill the buses with tons of people, simply because they want to make as much money as they can. When I moved here, the first thing I felt really good about was the transportation. It’s incredible; I would drive the train every day if I could… (laughing – ed.) 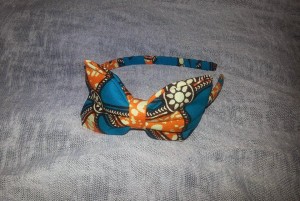 Second thing I found good about Germany is that there are a lot of foreigners. There are some stereotypes that Germany is not so friendly towards foreigners and especially if you are black, it is not a place to be. That is so not true!

Could you tell us about your worst experience?

Being in an interracial marriage, there are people who don’t understand that. I get that, but it can be very annoying sometimes when we get the looks which doesn´t really happen often… 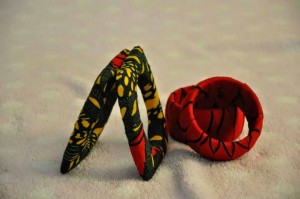 I also remember the first time I was in Germany in 2009, I was in McDonald’s and I saw a vacant seat and asked the guy if the sit next to him was vacant so I could have my lunch. He said the seat was taken…and then a couple of young German girls asked the same question and he let them sit next to him… I believe it had something to do with the colour of my skin. I wanted to say something; but I was too tired and hungry to start an argument… You know, in Nigeria, the Caucasians are often treated way better…

I’ve not been culture shocked since I moved here…maybe it´s still too early… When people come here and complain about depression, I don´t understand it. I guess I am too Nigerian to believe in something like depression (laughing –ed.) Hey get over it! It’s not the end of the world, do not make it look like that for you!