How to handle German love of paperwork without going crazy?

„I have never received as many letters in my life as now that I live in Germany“ – I have heard this so many times! I have heard that from Europeans, from US Americans and from people from Latin America. So I assume paperwork must be something peculiar to Germany. 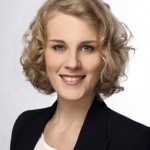 It is actually not surprising because Germans pay (ridiculous) amounts of attention to paper work, certificates, written references, and many more. It feels normal to me, but I guess that is because I’m German. 😉

However what I have also seen many, many times is that people receive letters from either the employment agency, or the Ausländerbehörde, their health insurance, their bank, their doctor,… and often these letters need to be kept for a later purpose. However when this purpose comes around the question is almost always: sh***, where did I put this letter?!?

Options to handle the paper overflow

As far as I am concerned I see two options to deal with all the letters and paperwork:

You either keep putting them on a growing stack of paper and look through all papers every time you need just one of them.

You actually start a sorting system and save yourself a lot of time, pressure and possibly some fights with your German partner.

Of course, I know that the second version is the „German“ version to deal with the issue. But why not? It might not be the worst. For my part, I hate spending time searching for stuff, as it is such a waste of time. But then again, the notion of „wasting“ or „losing“ time is also very culture-specific.

Step 1: Get one or several folders according to the amount of paper you have

Step 2: Get a hole puncher and punch every paper as soon as it comes in

Step 3: Start a system to categorise your papers

Sort out the paper once a year and throw out everything that has no importance anymore. I usually arrange all things that seem to have only temporary importance into a separate section called „Wiedervorlage“ (follow-up). German paperwork

It might sound weird and nerdy to you, but it does work (for me at least). I usually find every paper I’m looking for within half a minute. As one German saying says „Ordnung ist das halbe Leben“ (Organization is half the battle). 😉

Accedera recruits amiable and qualified European personal for German nursery schools and remedial care centers. Accedera follows an integral approach in order to work towards a good start for both employer and employee. Through its talent pool Accedera accompanies all international applicants from the first steps of thinking about migration to finding and keeping a job in Germany.

Find out more about Accedera and their current job offers for foreign specialists on their website.