Dreaming of a pair of jeans

“To cramp yourself in the nationality is, in my opinion, stupid. I think nationality, as a concept, is outdated. I think it will play smaller and smaller role in our lives. Of course, it’s different when a country is still fighting for its independence, but over here in Europe….”

Dreaming of a pair of jeans

22 years ago Dr. Konstantin Gossmann decided to pack his bags and move to Germany. Having grown up in the Soviet Union in an old German family, but speaking Russian as a native tongue, he felt different. Not only because of his family history, which dates back to 18th century Germany, but also because of the absurd Soviet regime.

“My generation didn’t take the Soviet doctrines seriously anymore. We didn’t believe the soviet propaganda and found it ridiculous. We glorified the West, even without having a slightest glimmer of it. We wanted to be alternative, not socially compliant, and this found an expression as deification of western musicians and mostly their clothing,” Konstantin recalls. “We dreamt of western clothing: jeans, t-shirts, music…. Can you imagine that even t-shirts weren’t available?” 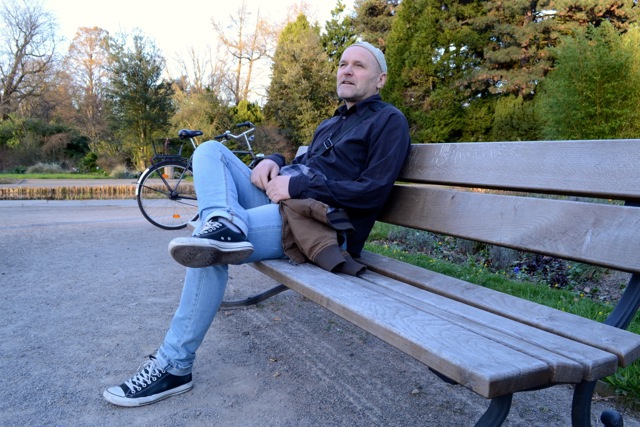 “Everybody was dreaming of wearing Levis, you know, like hippies: blue jeans with abraded parts,” he continues. “We were politically passive, but that was ironically revolutionary back then, because the party and Komsomol (Soviet youth organization – ed.) demanded an active build-up of something they called communism. The collapse of the Soviet Union started already back then.”

Jeans became in a way the symbol for freedom and, though several decades have passed by, jeans are still the favorite clothing for the now 56-year-old language professor.

“Before coming to Germany I taught German in Siberia, in the Yakutsk State University. Also two of my four children were born there,” Konstantin says and starts telling his incredible story of settling in Germany. “End of the 1980s, when Gorbachev gave the permission for Russian Germans to leave the Soviet Union, many took the chance. I followed this mass emigration.”

Until that point he had been taught his whole life that he is German. Grandparents, proud of their German heritage, coached the children that they were not Russian, that they were different. Before the war broke out, the older generation had even lived in German-only villages in the midst of Russia.

The moment I moved, I realized I am not German, but Russian. I have a different mentality, a Russian mind-set with little deductions,” Konstantin summarizes laughingly when trying to explain his nationality.

“In Russia I was actually feeling German, because I grew up in a family that emphasized that a lot. My grandparents still talked German at home, but it was this old German mixed with Russian words. But, of course, since I grew up in Russia and my friends and the whole environment was Russian, then eventually I am Russian. This I sensed particularly over here, in contrast to the “real” Germans,” Konstantin adds. He even tells that his parents were shocked by how different the modern German language is from the German they had grown up with.

The real Germany surprised the young professor not only with the language. Coming from the Soviet Union, where the average people faced the shortage of groceries, clothing and everything else imaginable, Germany seemed like a paradise. “It was of course a shock for me when I arrived in Göttingen and entered the supermarket for the first time. Everything… It was full of bananas and exotic fruits and everything possible…. I simply stood there with my eyes wide open,” Konstantin describes. “And then the streets, the autobahn… everything around.”

Having dreamt of a pair of jeans for years, Konstantin finally had the chance to buy one. “We got a little bit of money for resettling and the first thing I did, I bought myself a pair of Levis’ jeans. They were really expensive,” he says and chuckles happily.

He also admits that he didn’t throw away his first plastic bags with colorful pictures. These were a sought-after commodity in the Soviet Russia – comparable to some fancy luxury bags of today. Even after living in Germany for a couple of years, this Soviet heritage was hard to forget.

“I have this funny memory. My father-in-law came to visit us in Germany. He was in another country the first time in his life. He could not understand why we were throwing away the empty yoghurt cups. He told us: “You need to wash them and keep them somewhere. You can use them later for something”,” he recalls and says that it’s quite difficult to explain that to the younger generation.

Konstantin’s family followed him to Germany a year later. The certified teacher was accepted for a traineeship in Bonn, where he started helping out in the language department. “At the beginning I didn’t teach there, although I have a doctoral degree. But it was OK. In a new country… you have to live in first. It doesn’t go that quickly, even if you know the language well.”

Soon after he started teaching again. First he taught German to Russian speakers, but soon different immigrants started to arrive. Now his integration and language courses are visited by people from all over the world. 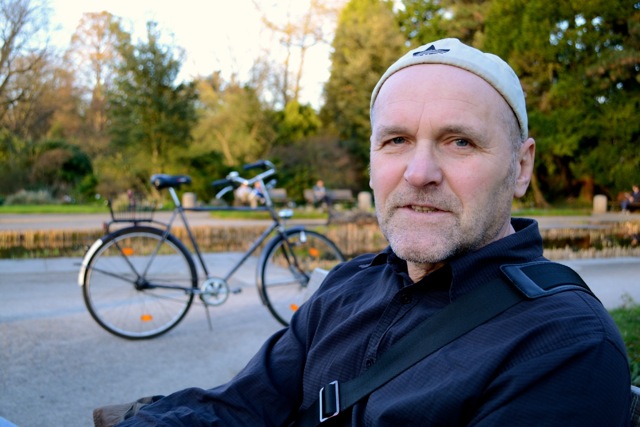 “People come here because of different reasons. Some escape war, some have fled over the sea on small boats. A Nigerian woman was six days on the sea on a small boat. Many come also from the EU – Spanish, Polish, Hungarians, because the salaries are higher here,” Konstantin describes the different personal stories he hears every day.

Most of his students are hardworking and motivated. However, the experienced professor knows that the motivation declines when people realize how difficult the language actually is.

“Then I try to calm them and tell that it is a long process to learn a language. You need at least three years to be able to talk reasonably,” he explains. “I think ten years is the time you need to learn the language. Of course, there are some talented people who manage to learn quickly, but these are exceptions.”

In Konstantin’s opinion the current immigration to Germany can be seen only as a positive thing. He doesn’t understand why it’s sometimes seen negatively.

“It’s nonsense that multiculturalism has failed. Germany should consider itself lucky that so many people want to come to Germany, which also shows that Germany is an attractive place to live,” he argues. “There is still the fear of foreign domination, fear of losing their own culture, but I don’t think these people think of the bigger picture. To cramp yourself in the nationality is, in my opinion, stupid. I think nationality, as a concept, is outdated. I think it will play smaller and smaller role in our lives. Of course, it’s different when a country is still fighting for its independence, but over here in Europe… There are no borders anymore, there are more and more mixed marriages.”

He reminds people that we’re lucky to be here. One needs to remember that only 60 years ago Western Europe faced a catastrophe because of the unbelievable idea of some people having the bigger right to live than others. Now Europe is in his opinion on the right track, but integration takes time and patience.

“Multiculturalism is definitely good for host countries. I see it every day on my courses. There are 18 people from 18 countries sitting there together. And most of them get by just fine: they work, they have families here and are more or less satisfied. That means it’s good to live here,” he says. “The biggest part of migrants settles in, if not the first generation, then their children. Multiculturalism is a process that you cannot stop anymore and it would be in my opinion utterly idiotic to try to do so.”

Often it’s complained that life is miserable for the immigrants, but Konstantin thinks that is not the case. “I think it’s better than in their home countries. But if someone feels miserable…. Even Germans can feel unhappy living in Germany. When you are an engineer, but are working as a garbage man over here…. Of course you’ll be unhappy, but there’s always the possibility to go back,” Konstantin argues. “The borders are open, nobody is holding you here. I appreciate that freedom. Especially because I grew up in a dictatorship. I find it fantastic despite all the difficulties that there might be. And anyway: is there a place without difficulties?”

The Russian German or the German Russian says that it has to do with human nature. We have the freedom to complain, so we use the chance, although our lives are quite good. He adds laughingly:

I think people will also complain in paradise… because it’s too beautiful there… “I don’t like it… no garbage… simply horrible.” But really, it is like that!”

Building fences is not a solution

My name is Julia and, though I’m German, my husband keeps telling me that I’m

6 thoughts on “Dreaming of a pair of jeans”