Germany is pretty close to the perfect country. If you could just work on the sunshine issue, then it would really be great.

“When I go back home, people often think I seem ‘German’,” admits Lis Mullin Bernhardt, an American living and working in Bonn. She settled down in Germany 12 years ago, she is married to a German and has two children, whom she also considers to be more German than American.

“They are bilingual, but I think they are really German,” says Lis laughingly and gives an example. “I remember my son, even when he was two years old, setting up his silverware on the table: he would get really upset if the fork was more than an inch away from his plate. If you switched the fork and the spoon, he would get really upset. He has a real sense of order. I don’t think he got that from me.”

Now it is time for fun

This sense of order and structure was one of the first and also everlasting impressions Lis had of the Germans. If there is something that stands out in Germany, then it is how structured everything is. “I think I was really shocked by all this structure. You eat at a certain time and you even party and celebrate at a certain time,” she says cheerfully.

Lis, who has worked for international organizations and currently works at the United Nations in Bonn, found the contrast especially intense during the Carnival time. “It is a big deal around this area and it is really fun. It was 11 o’clock in the morning, 11.11, and, all of a sudden, people who are usually rude or serious think like: ‘It is party time’. Then they would just be all partyish and that would last for exactly 12 hours or so and then they stop,” she describes. “I like Karneval, but it is funny how even the fun is structured here.”

The same applies for everything, even for jokes. “I remember hearing once on the radio: ‘Now it is a time to make a joke.’ First they announced that they were going to make a joke, then they made the joke and then they told you that that was a joke,” Lis recalls. “My impression is that Americans are more likely to be funny or goofy randomly on a daily basis.”

Lis grew up near Chicago, studied in the Windy City and moved abroad only when she was 23 years old, first to Switzerland and then to Germany. She started learning German already in high school and really liked it. Years later, after moving to Europe she also became fond of the beautiful German nature, the comfortable lifestyle and the family friendly environment. “Germany is pretty close to the perfect country. If you could just work on the sunshine issue, then it would be really great,” she admits, referring to the grey and depressing wintertime.

The weather is a big deal. Germans are friendly when the sun comes out. Other times… Unless it’s Karneval, because that is the time to be happy,” Lis adds and starts laughing.

Nevertheless, it is close to perfect, but not perfect. Lis still says that she doesn’t think she would ever feel “German”, nor is she sure she would ever feel fully integrated. “I think some things always remain. I can understand the Germans, but I sometimes feel like I am at a museum, observing them,” she says. “I get the jokes, but making jokes in German doesn’t yet come that naturally. That being said, I really like Germans – I have great friends and family and I speak the language, but some things, like a sense of humor, you can’t really learn or change that about yourself.” 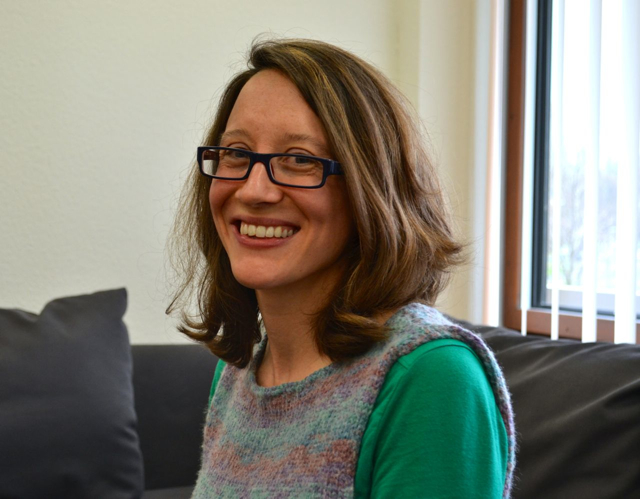 “I am as integrated as possible: I love living here and I really feel comfortable, but I would never call myself German, even if I ever had a German passport. What it means to be German is very different from what it means to be American or Swiss,” she thinks. “There are some countries where you can move there and become a part of that country. Because the definition of what it means to be that nationality is kind of fluent or open or embracing. In Germany it is not like that. You are either a German because you have been here for generations, or you are not.”

Living in Europe made Lis see more clearly the things that don’t really work well in the United States. She appreciates a lot the fact that things work in Germany: when trash is supposed to be picked up on Tuesday, it gets picked up on Tuesday and when there are rules, people actually follow them. The bigger respect for authority makes life more comfortable for everyone. As a result, Lis admits that she has become stricter with herself and other people. However, sometimes the German structured way can also be very annoying. “I think they do it for the greater good of the society, but there is a high propensity of random strangers on the street to correct you,” she gives an example. Lis often misses the friendliness of Americans. “It really stands out when I go back. It is a nice thing. It doesn’t kill you to smile,” she explains.

Lis sees Germany as an internationally minded society, but there is one big problem – the rigid education system. Often it makes the integration process for foreigners impossible. “As far as I understand, at the age of ten you pretty much decide your life. Really early the decision is made what kind of school you go to, what you study. The idea of jumping across careers or doing something related but different is difficult here,” she describes.

If you studied in a foreign country, if you have a different degree, sometimes you come here and people don’t really know what to do with you,” says Lis.

“I have met so many people, like taxi drivers in Bonn, one of them is a doctor from Afghanistan, another is a lawyer from Istanbul. You sometimes have people here who may be very well educated in their home countries, but they have a hard time getting into the job market,” she adds. The reason behind it is the job security: hiring people can be difficult; firing people definitely is difficult. If people are not able to integrate in the work life, then it becomes difficult integrating into the society. “A job is the basis for your family and life. Being unemployed creates the attitude of not belonging here or that Germany doesn’t want us. The way I see it: making people feel welcome really starts on a one-to-one basis.”

You can be whoever you want to be

In Berlin you are free, you can be whoever you want to be. There are

2 thoughts on “Close to perfect”