Sam Carter isn’t just like many young chefs in Cologne.

Sam is 31. He hails from King’s Lynn, England. He developed a late love for food and began cooking in Vancouver only about 7 years ago. He never actually went to a culinary school, but happens to work professionally as a chef at one of the best restaurants in Cologne (Heising&Adelmann), but that is not the first thing you notice when talking to him. Sam is very creative. When not in the kitchen, he is a blogger, photographer and a musician. Between all that and his beautiful smile, you immediately understand why people are so fascinated with him.

I meet with Sam for breakfast at one the cafes at Zulpicher Platz on Monday morning. He just ordered a cappuccino. We spent over two hours chatting about everything from his career, life in Cologne to Sam’s plans for the future and his Puggle dog Alfi.

How to become a Chef

How did you get into cooking?

I actually studied disaster management in England, but honestly, I was never really sure what I wanted to do in my life. After university I started my travelling years, lived in Vancouver for four years and that’s where I felt into cooking and became a cook.

Why Canada in the first place?

I wanted to go to Canada as it was always on my list of places to visit. It is a beautiful country and I heard they had really good doughnuts there 😉 I ended up working in a posh supermarket initially just serving food. That is where I really got interested in cooking because you can really see how dishes are made and you start asking questions…. Cooking is so much better than custom service anyways (laughing – ed.). I also worked with a really good chef who encouraged me a lot on developing my own ideas and being creative.

Why did you decide to leave Vancouver then?

I don’t really know how it happened; I thought that cooking was just a phase in my life plus I always wanted to go to Asia, so after 4 years in Canada, I took a teaching job in Taiwan, but straight away I wanted to get back to the kitchen, I felt like I needed to create something again with my hands. I really missed that creativity when I was teaching.

But teaching can be creative as well…

That’s true, but it was not creative enough for me… I did not get the same reward after creating a lesson than I did when I created a dish and people said that the dish was amazing.

I loved it. Taiwan has a completely different food culture. Food is so cheap, they have night markets everywhere and families eat out all the time. Most apartments wont even have a kitchen! You have people that make just one thing their whole lives, but it is so good that you can’t ask for more! I am getting excited just talking about it (smiling – ed.).

Where did your life take you next?

I took a job in Scotland, my boss there was South African, so I also went to South Africa for some time, I tried to go back and work in England, but after six months there I realized that it wasn’t my home anymore. And here I am now in Cologne, Germany.

Where do you get ideas to cook?

The season is a big thing for me. When, for example, Asparagus comes, it is like a turn on, your mind starts blowing with ideas…

Also reading other menus, looking various photos of food, following a lot websites, where other professional chefs put their ideas and recipes and, of course, eating out in Cologne!

Do you have any favourite recipes that you really like to cook? 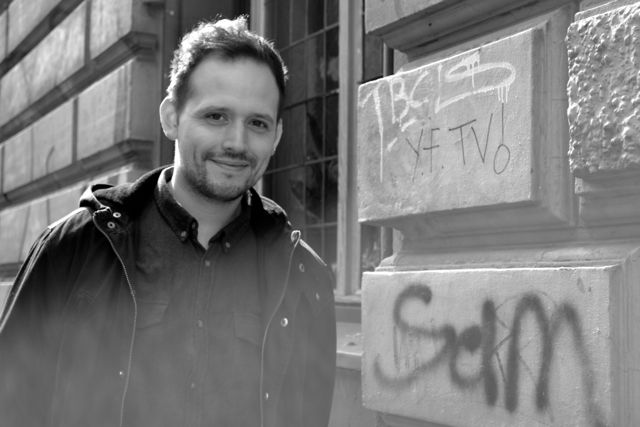 On life in Cologne, English identity and German food

I love it. I think it is one of the best places where I have lived. I would even go as far and say that it is my home now. England never felt like the place where I wanted to end up… I love going back though.

What is it that you like here so much?

Culture, people and the honesty I now appreciate a lot. Even though at the beginning it was a bit difficult for me as English….

Do you carry the English identity with you every day?

It’s a hard question. Let me think…. Yes I do. You know, it’s great working in the kitchen being English. I notice what other people point out about me.

Being sensitive to criticism is a big part of my nationality, English are always ultra polite and are not too hard or too direct. We tiptoe around, so I notice how English I am the longer I live here, but at the same time I am getting more German. My family in the UK have noticed that too. People know that I am English when they meet me, but in England people also notice that I am a bit different…so I am just drifting somewhere in the middle now.

Yes I do. It is a bit heavy; I would not eat it every day, especially not in the summer… Germans cook meat very well, but the best thing for me here is the bread. Coming from England where bread is so expensive, and in our supermarkets we only have toast bread…you can make a perfect ball out of the slice of bread…well, that is not bread for me any more (laughing – ed.).

Do you speak German or English in the kitchen where you work?

German. I’ve got only one German colleague, the head chef is from Sri Lanka, two of my colleagues are from Turkey and service is quite mixed as well.

Any cross-cultural mistakes come to mind?

Too many, obviously all to do with the language! I have learnt kitchen German, so I make so many mistakes, I am sure! I am not embarrassed by making mistakes, actually many people don’t correct me when I make them….

Last week in the kitchen, for example…. Did you see in the news when a couple of policemen in LA had a fight with a homeless guy and shot him? I was trying to explain to my colleagues what happened. It was a serious conversation. I wanted to say that the policemen shot the homeless man, and the word I should have used is “geschossen” (shot – ed.), but I just said “geschissen” (pooped – ed.) …they all started screaming with laughter! Such a small thing, just one wrong vowel, but it is a mistake you don’t want to make! Almost every day something like that happens, but it’s fun.

Photographer or musician? Both

Could you tell me a little bit about your passion for music?

This is probably the first creative thing I began doing in my life. I started learning piano when I was six, guitar when I was 18 and I’ve always tried doing my own music. When I was 11, my dad got me my first keyboard, where you can program in loops…so music has always been a part of my life. It is a very rewarding hobby, I do it for myself and if people want to hear my music, I am happy.

Do you blog as well?

I have a street photography blog in Cologne. It is on hold for now…I have no inspirations to go outside in winter. I really miss it actually, but again it’s time consuming just like music.

Where do you find all the time?

I don’t! That’s the thing. I keep on switching between music and photography. I go through phases on focusing on different things. I have a dog too. He is great; I can show you a photo of him (showing me a picture of his cute dog – ed.) 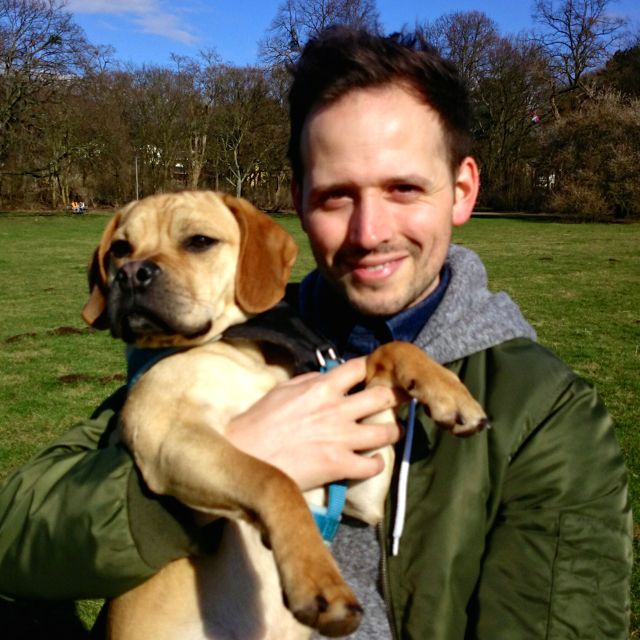 What does the future hold for you, Sam?

My business! I would love to open a small sandwich bar, hopefully already next year. I will always do the music and the photography on the side…

Why a sandwich bar?

I love sandwiches and I think I do them really well. There are not that many people who are doing it already plus street food is just becoming a big thing here in Cologne… it can be really successful here!

Do you already have a name for your sandwich bar? 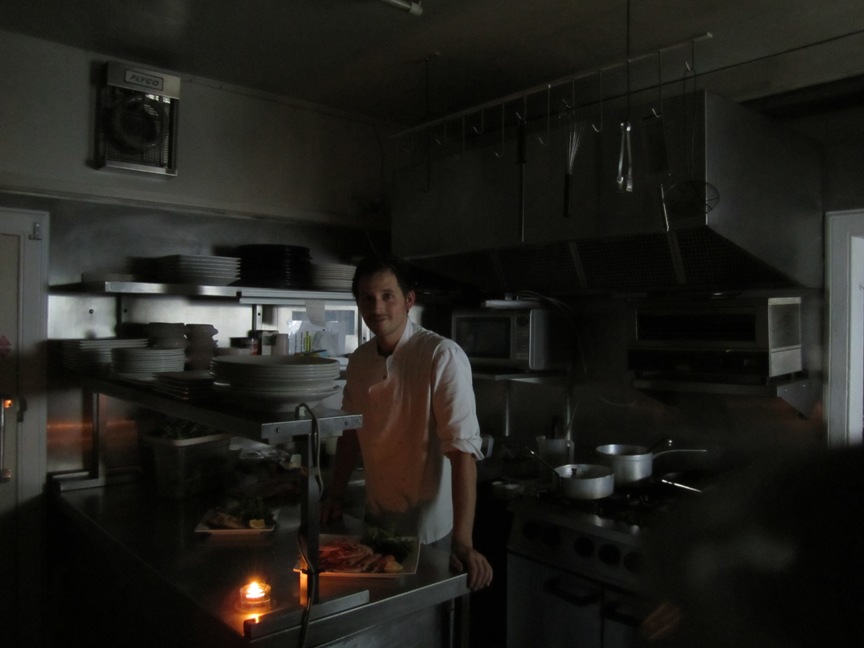 What do you miss most  about Germany living in France? Some small things…mostly food 😉

2 thoughts on “Breakfast with Sam”