His name is François-Xavier Thiebaud and he is French. His friends call him FX, probably because for non-French speakers it is almost impossible to pronounce his name correctly.

FX is a photographer, he lives in Berlin and he is actually 100 per cent French. When I ask him if there are any stereotypes about French that are not true, he replies laughingly: “No, they all are true.”

As a truly romantic Frenchman, he came to Berlin 11 years ago because of his German girlfriend. He did not speak a word of German. Despite that, Berlin welcomed him. This triggered a set of adventures, from which some are presented below and depicted through the many clichés French have of Germans and Germans of French.

Not understanding a word

FX started working the first day he arrived in Berlin. He sold jewelry and pullovers on a Christmas market without any language skills. Then he sold French sandwiches and taught martial arts in a youth center. “I had many small jobs when I came here,” he explains. The first bigger job he got was in a “bio” (organic – ed.) bakery, still without any knowledge of German.

“I had to deliver the bread. I had a walkie-talkie in the car and my boss used to call and tell me: “You don’t have to go to this place on the list anymore, go straight to another place instead. They have run out of bread there”,” FX describes and continues. “I never understood what he was saying. Therefore, I always answered: “yes, yes, ok, yes,” and then I simply continued the planned route. Every time I got back to the office, he was totally mad at me – mad like a typical Berliner can be. He was yelling, but I did not understand that either. So I used to reply: “ok, yes, ok, all clear, see you tomorrow.” That repeated itself every day.”

After one year he could understand German, after two-three years speak German, but some things still remain a mystery. “I have picked up my German from the streets. I still have no clue if it is “die”, “der” or “das”,” he adds. 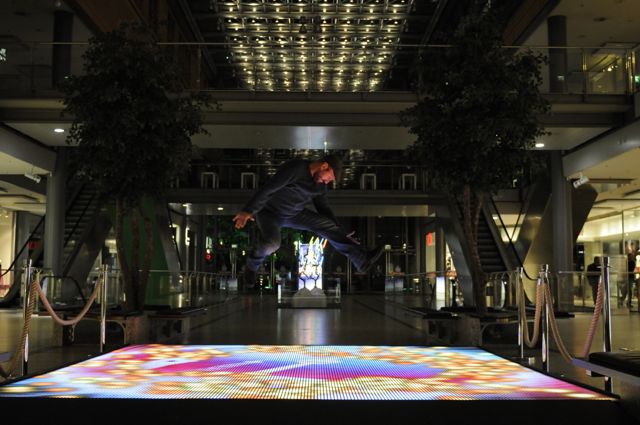 The Frenchman came to Berlin with this particular opinion about the Germans. “I had this very French cliché about them: I thought that the cold Germans wear lederhosen, drink beer all the time and eat only sausages,” he says. “Nevertheless, my first impression of the Germans was that they are very friendly people. They were right away very nice to me.”

However, it took him more time to make friends, at least more time than an average French would need. “In France you can become friends right away, for example, in 30 seconds,” he explains cheerfully. “We meet someone in a bar, and the very moment the two people have this certain connection, they are friends for life. But the Germans need time. They are more shy and reserved, but not really cold. They do not want to disturb other people. They are very nice and politically correct. That was my biggest surprise, actually.”

FX is not very fond of political correctness and therefore it happened that his jokes went often too far. “We French use a lot of irony. We make a lot of jokes and sometimes we make really bad jokes about the World War II. Each time I told these bad jokes to my German friends, it never functioned,” he says. “At first I did not understand why. Now I do understand and it actually is not very funny. A famous German journalist Ulrich Wickert summarized it well: when a Frenchman goes anywhere in the world, the topic is cheese, literature, cooking, food, La Grande Nation, but when a German goes abroad, people tend to talk right away about the Third Reich.”

The former amateur photographer got the chance to pursue his hobby on a more professional level in 2005. Soon after, FX was recruited by a photo agency and started working as a press photographer covering bigger political and social events for the world’s media. Besides the press photography, he has had two exhibitions and published a book.

“It is interesting that in Germany people give you a chance. At least it is like that in Berlin,” says FX. “In France you have to have a certification or a degree for every work and that alone is not enough. First, you must have the diploma, and then you need connections as well. Then you might get a job and be totally incompetent in it.”

A year ago he started working in the field of e-commerce and had to put his career as a photographer on a hold. “It is a very interesting job. When I have more time and money, then I will get back to photography,” he explains, saying that at the moment professional photographers are having a hard time everywhere. “I was taking photos only ten per cent of the time. Rest of the time I was trying to convince the customers to pay for my work.”

The Frenchman likes the German way of life. He says that the Germans take time for themselves, they take time to eat and to take a walk in the park, quite opposite to the typical cliché. “I like the tranquility, the security, the freedom over here,” FX explains. “You can leave your bicycle next to a tree, and when you come back after two weeks, it would still be there. In Paris, you leave your bike for two minutes to buy a croissant, and it will be gone.” 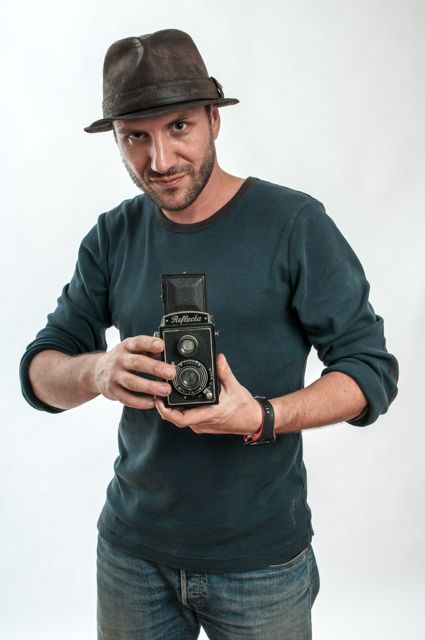 A stereotype, that needs to be broken is in his opinion that of “hardworking Germans”. “I was surprised by the German working culture. There is this certain cliché that the Germans are good workers, but the Germans do take their time while working,” he says. “It is true that they are at the workplace punctually. Punctually, by the way, means ten minutes before the right time! They will work exactly the 40 hours they need to, but their working rhythm is, despite that, a little bit… calm…”

According to FX, one cliché about Germans, that is true, is the weird and constant pursuit of order. “The Germans tell always: “Alles muss in Ordnung sein.” (Everything must be in order – ed.) It sounds very funny. They even have the Ordnungsamt (public order office – ed.),” he says.

Compared to the order in Germany, French leave much more room for discussion. The law is inseparable from the spirit of the law, which deals with how this law functions in real life. “For the Germans the law is a bit like a bible. When somebody said that it must be so, then it must be exactly like that. There is no discussion,” FX describes. “For example, the rule is you are not supposed to cross the street with a red light, but the reality is that when there is no car in sight, then it means that I can still cross the street. Doesn’t it? In Germany this is not in “Ordnung”.” FX laughs and says that in such situations some Germans would gladly call the Ordnungsamt right away. “I cannot understand it. In a way, it is a situation where the law allows a person to be an asshole, just because law is on his side,” he says.

The stereotype of French arrogance amuses FX a lot. He thinks that sometimes it is even true: “Of course, we feel proud to be French. Additionally, we are perfectionists and it might leave an arrogant impression. When in my work I tell someone: “No that is not good enough, a dot here or there is missing,” then it sounds arrogant.”

He finds it funny that in American blockbuster movies you often see people with an accordion or baguette wearing a beret on the streets of Paris. Add arrogance to this picture and you have created a perfect cliché of the French.

Yet FX sits in front of me without a beret, without an accordion and without a baguette and he is not arrogant at all. He likes the friendly Germans, his life in Berlin and is happy to work here. Not much is left of the clichés.

11 thoughts on “Arrogant French with beret and baguette”