A long and difficult journey to Germany

My name is Hassan Abbas and I am 31 years old. I am a Syrian refugee in Germany. I am a dentist and a specialist in Oral and Maxillofacial surgery.

My original destination was not Germany, but Luxembourg. I wanted to travel to Luxembourg because I have a good level of the French language (in addition to English), but going to Luxembourg and applying for Asylum there was a mistake I made. I had fingerprints taken in Hungary and there was no chance for me to be recognized as a refugee there, but I wasn’t sure about that back then, eventually my application was rejected and the Luxembourgish authorities wanted to deport me back to Hungary. Going back to Hungary was not an option for me after the horrible treatment I had there, so I basically ran away from Luxembourg towards Germany because I knew that Germany doesn’t apply Dublin’s regulations so strictly, even though that was before the decision of suspending Dublin for Syrians in Germany. Obviously, Germany is a perfect country to start a new life after one loses home, but initially I just wanted to shorten the period required for integration by choosing a country where I am familiar with its official language (I mean Luxembourg).

How did you reach Europe?

My journey to Europe was so long and so difficult because I started this journey in February, last winter. The weather was cold, all borders were closed, especially the Macedonian border. I left Turkey to Greece in February 2015 by boat. My companions and I were arrested by the coast guards and then discharged from captivation a few days later. I stayed in Greece for almost two weeks and then continued my way to Macedonia. Again, I was arrested by the police and led to a detention centre known as Gazibaba.

The detention circumstances were extremely horrendous and appalling. We had to stay behind bars and walls 24 hours a day, 7 days a week, we could only hardly see the sky from behind bars!

I was captivated for twelve days and then finally got released. After that I headed towards Serbia. I stayed there for a few days and then I continued my way to Hungary in the 30th of March 2015 right after crossing the Hungarian borders, at dawn, the police arrested me and led me to the police department. 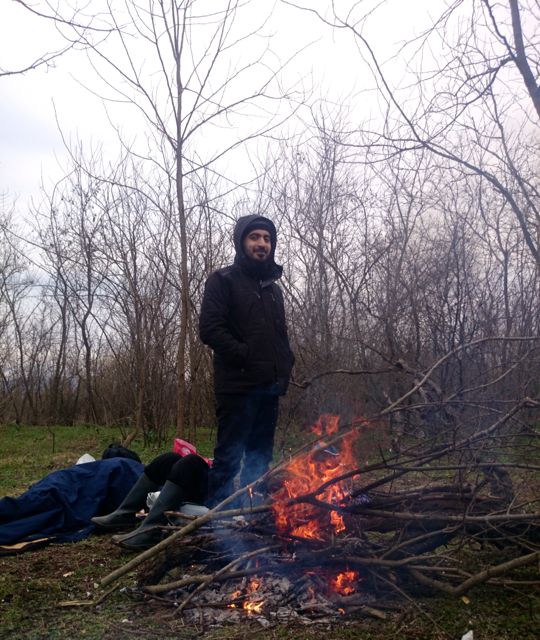 I was put into a prison cell like a criminal.

It was a small cell filled with more than 40 people. I found it deeply impossible to sleep, or just to even lay down. For lunch, they would give us a small piece of dry bread. This was the only nutrition they had given us in two days!

The next day a police officer spoke to us. He told us that if we wanted to get out of prison, we had to give our fingerprints and sign an asylum request and if one refuses to comply, they would stay in prison for two months and would then be deported back to Serbia. At that time I was exhausted, hungry and desperate. I had no choice but comply with the officer’s request. After that I was released from prison. I went directly to Budapest and decided to leave Hungary and never come back under any circumstances. I continued my journey through Austria and Germany and finally reached my first destination, Luxembourg on the 4th of April 2015, and after more than three months of waiting my application being rejected as I mentioned earlier, so I left Luxembourg to Germany in the 20th of July and applied for asylum. Thankfully, I benefited from the decision that was taken in August about suspending Dublin’s regulations for Syrians, I have gotten the recognition decision as a refugee here in Germany in the 11th of December 2015!

What was the most difficult experience for you so far in this journey?

The most difficult experience was the state of anxiety I lived in during the first month here before suspending Dublin’s regulations for Syrians, actually Dublin was a true nightmare for me, especially after the devastation I went through on my way here. I forgot to mention that the cost price for my journey has cost me around 5000 €! Almost half of this money I had to borrow from friends of mine.

What is it that you enjoy here?

What I really enjoy doing in Germany is that I started to make new friends. Very nice and helpful friends. I also enjoy getting to know the German culture better. I started to learn German as well. All my life I wanted to meet people from different cultures and make international friendships. 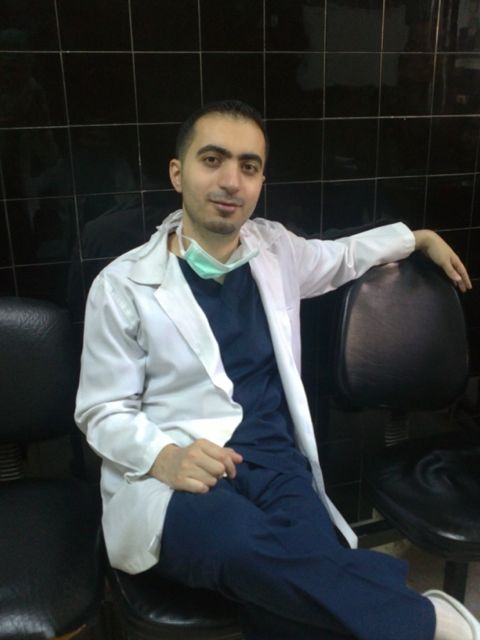 Anything you wish to add?

I have left my parents and one brother in Syria, my wish is to be reunited with them as soon as possible, either by bringing them here somehow, or by visiting them in Syria if the war is over. I also hope that I start to work soon and get back to the normal life, so that I become independent again.

Finally, I would like to express my gratitude to the group of volunteers working here in Bad Frankenhausen to help the refugees, meeting these wonderful people and working with them was the most pleasing and touching experience I had in Germany so far. I was astonished when I saw the effort these volunteers are making to provide a better life for my people, indeed Germany should be proud of them.

Thank you very much!

Previous Post
The concept of nation state needs an overhaul
Next Post
I hope it will open many doors to me!

Chance to have a new life

My name is Ahmad Salem and I come from Syria. I am 27 years old and